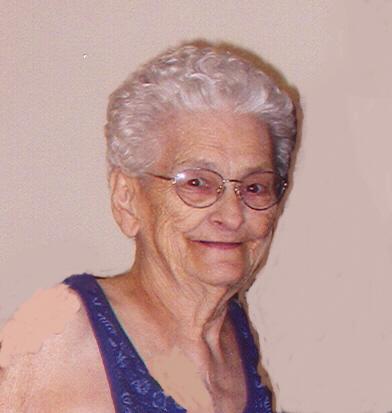 Age 84, passed away at her home on Friday morning, June 9, 2006. She was born on April 23, 1922 in Navarino to the late Earl and Ida (Schied) Blink. On November 2, 1937 she married Vernon Learman, Sr. in New London, and in 1997 they celebrated 60 wonderful years of marriage just months before he preceded her in death. Eloise worked as a nurse‚Äôs aide at the Outagamie County Health Center and Appleton Memorial Hospital for many years until retiring in 1975. Eloise was a member of St. Patrick Catholic Church in Stephensville. She loved camping, crafts, playing bingo, and above all, she loved her kids, grandkids, great grandkids, and great-great grandkids.

The family would like to thank the nursing staff on 4th floor West at Appleton Medical Center, especially Leslie, the staff at the Dialysis Center, especially Tom; as well as her daughter and son-in-law Marlene and Rick, and son and daughter-in-law: Bruce and Pat for loving care given to Mom. Also a very special thank you to Father Norm and Sister Pauline.

Mom, You‚Äôll be in our hearts forever and ever. Love, The Kids