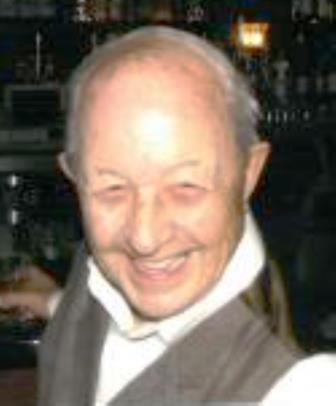 Elmer J. St. Cyr, age 102, of Appleton, Wisconsin, passed away on Monday, April 29, 2019 in New London, WI. He was born on October 9, 1916 to the late Harry and Lottie (Wuliette) St. Cyr in Escanaba, MI. Elmer was a WWII Vetran of the U.S. Army. He was united in marriage to Irene Forgette on Novemebr 25, 1939 at St. Joseph Catholic Church in Escanaba. They lived there until the Fall of 1941 and then moved to Appleton, purchasing a little house on Commercial St. where they would raise two children. Elmer worked as a painter for Bergstom Paper Co. (P.H. Gladfelter) for 32 years until his retirement in 1980. He also painted for private residences, which he thoroughly enjoyed.

Elmer was a fantastic husband, father and grandpa. His family meant everything to him. In his spare time, he liked to wood-work and make special objects for friends and family.

He was preceded in death by his loving wife of 58 years, Irene; siblings, C. Harry, Chester, Ellsworth, Alice Burnard and Ernestine Dabney.

A Funeral Mass will be celebrated at 11:30 AM on Tuesday, May 7th, 2019 at St. Pius X Catholic Church, 500 W. Marquette St., Appleton. Family and friends may visit from 9:30 AM until the time of the mass. Interment will be at 2:30 PM at St. Joseph Catholic Cemetery, where military honors will be rendered by the U.S. Army and American Legion Post 38.

Elmer’s family would like to extend a special thank you to the staffs of Kindred Hearts and ThedaCare Hospice.