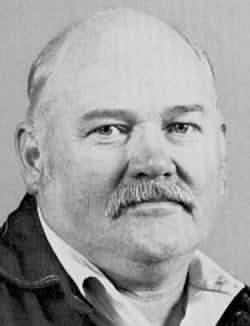 Age 64, passed away unexpectedly Wednesday, March 13, 2002. Elmer was born on March 19, 1937, in Shawano, the son of Myrtle and the late Reynold Zoglman. Survivors include his daughter and her family, JoAnn (Jim) Ebben, and Carlena, Lucas and Hailey Ebben, Greenville; his three sons and their families, Tony (Jena) Zoglman, and Tyler, Krystal, Angel and Shayna, Appleton; Nick (Justine) Zoglman, and Dustin Zoglman, Freedom; Glenn (Ann Marie) Zoglman, and Zachary Zoglman, Monticello, Wisconsin. Elmer was looking forward to a new grandchild in April. He is further survived by his sister, Virginia (Lee) Meyer, Clintonville, and his brother, Lawrence (Barb) Zoglman, Sandwich, Illinois; and many nieces and nephews. Elmer was preceded in death by his father Reynold and a daughter Penny Dawn. He loved hunting and fishing, especially with his sons and grandsons. Elmer was recently retired from Neenah Foundry after 33 years of service. He was a member of Moose Lodge and was an honorary member of the Kiwanis Club. Funeral services will be held at 3:00 p.m. on Saturday, March 16, 2002, at WICHMANN FUNERAL HOME-Tri-County Chapel, Menasha, with Deacon Rick Miech officiating. Friends may call at the funeral home on Saturday from 1 p.m. to the time of services. A memorial has been established in his name.

Elmer was a wonderful father, grandfather and friend. He will be missed by all who knew him.