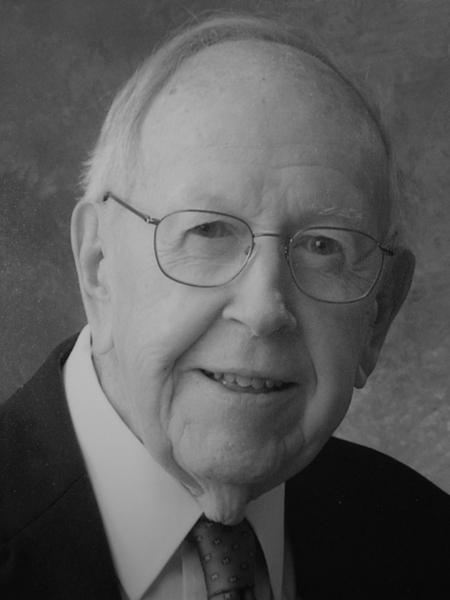 Ellworth R. Danz, died at home November 24, 2009. Ellworth was born in LaSalle, Illinois March 4, 1919, son of Ernest and Olga (Dobberstein) Danz. He served 30 months in the Pacific 7th Air Force, including Okinawa in World Was II. He married Arlene Hohenshell June 26, 1948. For 41 years he was employed at Westclox in Peru, Illinois , and held the position of Chief Stylist for Westclox for 34 years. While at Westclox he was issued over 30 clock design patents, including the “Clock of Tomorrow,” and 3 redesigns of Big Ben and Baby Ben Alarm clocks. After retirement from Westclox he started his own business, Danz Design Associates, and continued designing for Westclox, Seth Thomas and the International Division from 1981 to 1987. Before moving to Wisconsin, he was an active member of the LaSalle Grace United Methodist Church. He served on many committees, was Chairman of the Board, Trustee President, Chairman of the Pastor Parish committee, Delegate to the Conference, served on the Building Committee for the present church, and sang in the choir for many years. He and Arlene moved to Combined Locks, WI in 2001 and became a member of the Appleton First Congregational United Church of Christ. He also was a member of the Combined Locks VFW. Playing in Jazz and dance bands throughout his life, he played clarinet and saxophone in the Little Chute Community Band in his later years. He is survived by his two sons, Att. Gregory (Roslyn) Danz and Bruce, M.D. (Christina) Danz and four grandchildren: Brian, Julia, Ethan and Carmen Danz. He was preceded in death by his wife of 60 years, Arlene Danz. Ellworth, always upbeat, was a loving father; grandfather, husband and friend, and we will greatly miss him and always cherish his memory. A memorial service will be held on Wednesday, December 2, 2009 at 10 AM at the First Congregational United Church of Christ (724 East South River St.) with Rev. Jane B. Anderson officiating. A visitation will be held on Wednesday from 9 AM until the time of services at the Church. Burial will be next to his wife at Highland Memorial Park. Memorials may be made to the Little Chute Community Band.