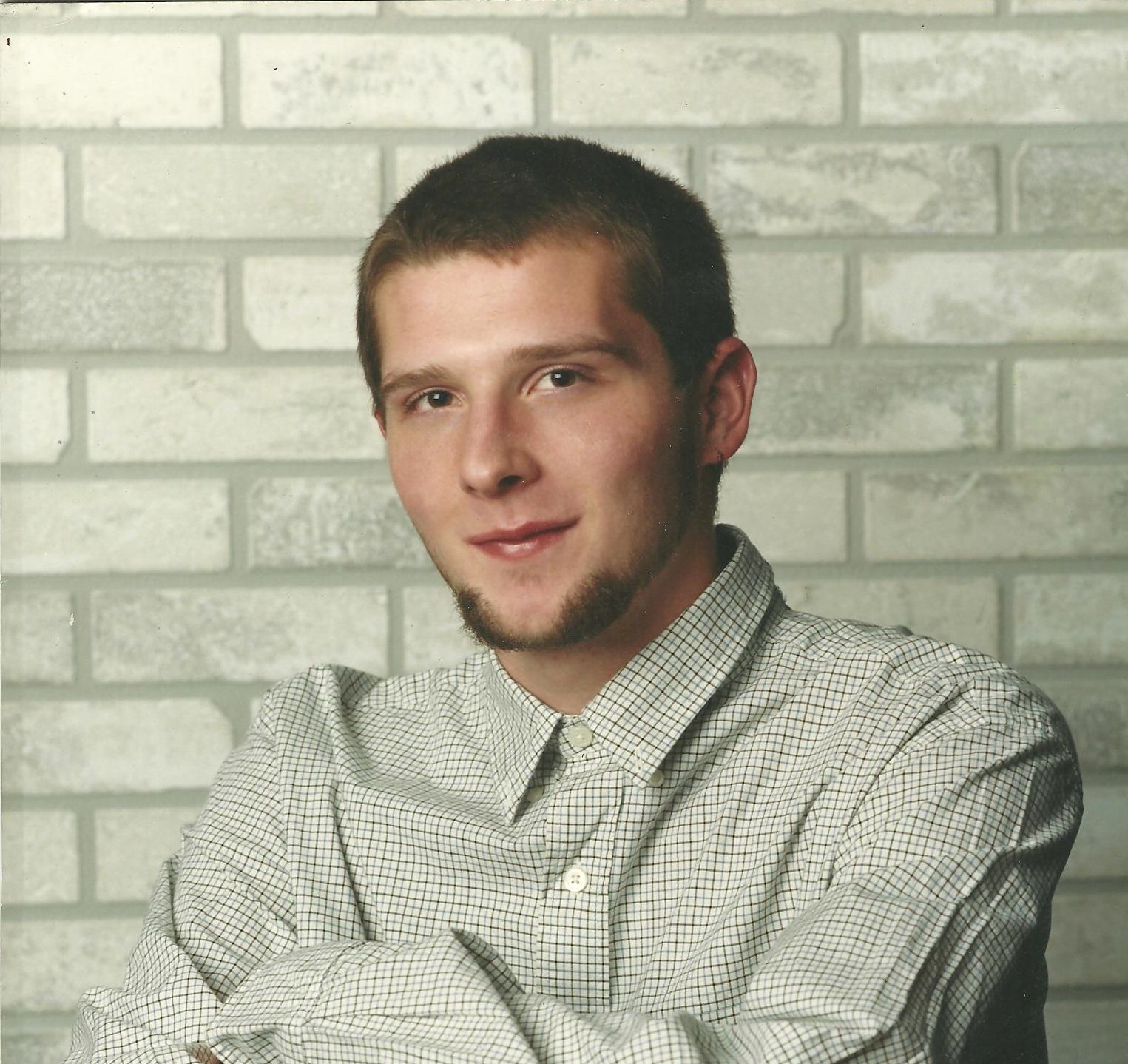 Elliott T. West, age 31, passed away suddenly on Friday, July 18, 2014. He was born on December 25, 1982, in Appleton, to Michael and Gloria (Gwost) West. Elliott graduated from Appleton North High School in 2001, and went on to attend and graduate from Humboldt University in 2006.

As a child, Elliott was full of joy and energy. He was a trendsetter and known for his outgoing personality. Elliott was a brilliant young man with the unique ability to remember trivia in a variety of disciplines. Although Elliott struggled with addiction, he continued to be the caring, generous and loving young man that his family knew and loved.

In recent years, Elliott's true passion was working as a dog trainer and caretaker. He also worked at DuTriRun as an operations assistant. He could communicate with dogs in a way that was unique to Elliott. Whether it was with his own dogs, Neo and River, or a dog at the park, Elliott developed a bond.

Elliott had an incredible gift of memory. He used this gift to memorize sports statistics, lines from movies and hold on to memories from years past. Elliott enjoyed music, dancing, and disc golfing.

Although not religious, Elliott was deeply spiritual. He maintained a special connection with the land and the world around him. He never hesitated to challenge the status quo, but always embraced and accepted the thoughts and beliefs of others.

Elliott was always there for those he loved. He always said, “I love you”, and gave the most comforting hugs. His gentle and thoughtful affection and his smile touched the lives of friends and family.

A memorial service for Elliott will be held at 11:30AM on Tuesday, July 29, 2014 at the FOX VALLEY UNITARIAN UNIVERSALIST FELLOWSHIP (2600 E. Philip Ln., Appleton). Visitation will be held from 9:00 AM until the time of service. In lieu of flowers, memorials may be directed to the Oshkosh Area Humane Society or the Morrison County Humane Society. Also, please consider participating in the Rethink Addiction Run/Walk in Oshkosh on September 13. Information may be found at www.dutrirun.com. In celebration of his favorite color (PINK), we ask that those who chose to celebrate his life with us wear PINK. Online condolences may be offered at www.wichmannfargo.com