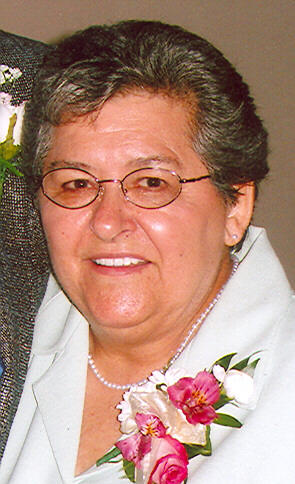 Age 82, passed away at St. Elizabeth Hospital in Appleton on Sunday, May 17, 2009. She was born in Marshfield on November 19, 1926 the daughter of the late Aloysius and Leona (Wettengel) Motl. She would have celebrated 60 years of marriage to Lindberg on August 27, 2009. Betty was a charter member of St. Thomas More Catholic Church since 1963. She took great pride in raising her family and especially loved to spend time with her grandchildren and great-grandchildren. Betty will be missed for her excellent pies!

The funeral liturgy will be at 11:00 a.m. on Thursday, May 21, 2009 at ST. THOMAS MORE CATHOLIC CHURCH, 1810 N. McDonald Street, Appleton, with Fr. Gerald Falk officiating. Friends will be received at the church on Thursday from 9:00 a.m. until the time of the service. Burial will be at Appleton Highland Memorial Park.

The family would like to extend a special thank you to the staff at St. Elizabeth Hospital I.C.U., especially the nurses for their compassionate and loving care.