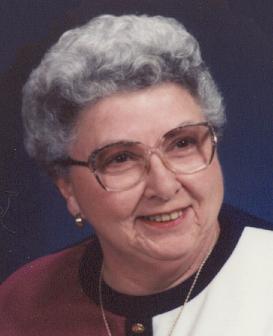 Elizabeth was born into eternal life on August 29, 2005. There to greet her were her husband John ‚ÄúJack‚Äù Grafmeier and her daughter Patricia ‚ÄúPat‚Äù Friebel. Betty was born on January 4, 1927 in Evanston, Illinois the daughter of the late Frank and Catherine (DeGroot) Weyenberg. When Betty was a young girl her family moved to Wisconsin eventually settling in Little Chute. Her father owned and operated the local bowling alley and bar, Frank‚Äôs Tavern in Little Chute. It was there that Betty met the love of her life, Jack Grafmeier who was serving in the Navy on the USS Ringold during WWII. After he returned from the war Jack and Betty were married on October 2, 1946 at St. John‚Äôs, Little Chute. On February 18, 1954 they welcomed their first child Pat into the world, Jean followed on August 26, 1956 and John on February 12, 1961. Betty was a homemaker and was an excellent seamstress. Betty loved to play cards with her card club. She also loved golfing and bowling. She was an excellent bowler and was still active until January 2005. Jack and Betty traveled to many places with their close friends and truly enjoyed life together. Their daughter Pat went to be with the Lord on September 18, 1987. Betty and Jack were devastated, but their faith got them through. Jack left to be with the Lord on June 27, 1995. Betty was active in her church and community, bringing communion to the sick and helping children with their reading at Westside School.

The funeral litury will be held at 12:00 noon on Friday, September 2, 2005 at HOLY SPRIRIT PARISH- KIMBERLY, 600 E. Kimberly Ave. with Fr. Tom Pomeroy officiating. Inurnment will take place at Holy Cross Cemetery, Kaukauna. Friends may call at the Church on Friday from 9:00 am until the time of Mass. In lieu of flowers, a memorial to donor‚Äôs charity of choice appreciated.

The family would like to thank all who were involved in Betty‚Äôs care ‚Äì Dr. Avi Barlev, Dr. Editha Krueger, ThedaCare Hospice, especially Kelly, Ann and Charlie. Thank you for all your help and care during this difficult time.