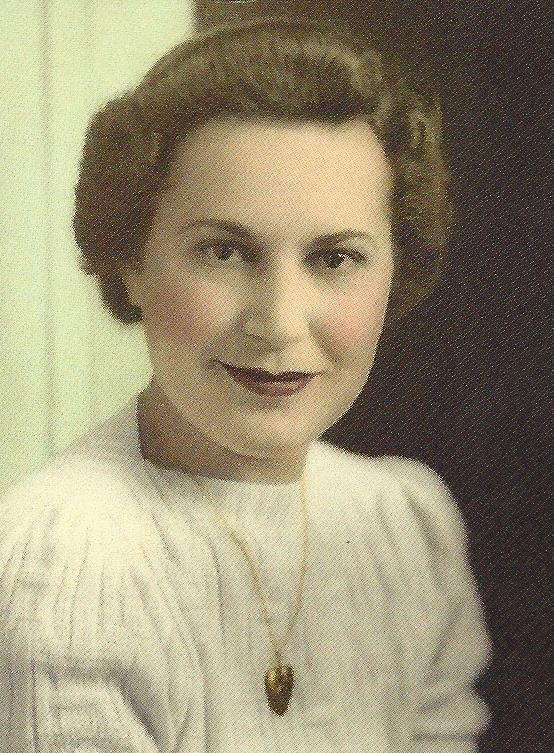 Elizabeth “Elsie” Martha Wagner, age 100, of Menasha, passed away on August 11, 2014, at Rennes Health Center in Appleton. On January 28, 1914, Elsie was born the third of ten children at her family homestead in Menasha to the late Louis and Sally (Gracyalny) Zielinski. She was united in marriage to Arthur J. Wagner on August 19, 1944 at St. John the Baptist Catholic Church in Menasha; he preceded her in death on November 28, 2000. As a member of St. John, Elsie was involved with Holy Rosary Society. She was also a member of the Lady Falcons. Elsie loved to play cards and was an avid Sheephead and cribbage player. She also enjoyed playing dart ball, crossword puzzles, sewing, and bowling. Most of all Elsie loved being with her family. Throughout her life, she enjoyed spending time with her brothers and sisters and their families, her children, grandchildren, and great-grandchildren.
Elsie will be missed by her children: Kathy (John) Doyle, David (Debbie) Wagner, and Polly (John) Lingnofski; grandchildren: Becky (Bryan) Doyle-Morin and Joe (fiancée, Nyama Sillah) Doyle; Lindsey Wagner, Jesse (Julie) Wagner, and Robin (Nick) Greiling; Leigh (Matt) Hannah and Nick (Kate) Lingnofski; her great-grandchildren: Elia and Oliver Doyle-Morin, Claire, Charlie, and Maryn Wagner, Grant, Lucy, and Julia Greiling, Ryder and Molly Hannah, Mia Lingnofski, Sophia and Leia Gersing; her brother, Ray Zielinski; her sisters: Leona Zingler and Marge Block; her extended Wagner family and many other family members and friends.
In addition to her parents and husband, she was preceded in death by her daughter, Julane Mary; three brothers: Stanley (Della) Zelinski, Eddie (Cele) Zielinski, and Sylvester (Mary) Zielinski; three sisters: Gertie (Al) Matowitz, Olive (Wally) Remmel, and Dorothy (James) Giguere; brothers-in-law: Charles Zingler and Bob Block; and a sister-in-law, Julane Zielinski.
A Mass of Christian Burial will take place at 11:00 am on Saturday, August 16, 2014, at St. John the Baptist Catholic Church in Menasha. Visitation will be held from 9:00 am until the hour of the Mass at the church. Interment will be held at St. John Cemetery in the Town of Menasha. A memorial will be established. Online condolences may be offered at www.wichmannfargo.com

The family would like to give a very special thank you to the members of Heartland Hospice, the caregivers of Rennes Health Center and Island Shores, and the staff at Theda Clark for their loving and compassionate care given to mom.