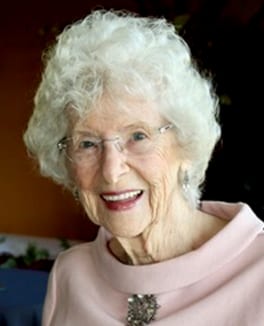 In light of current circumstances, a celebration of Betty’s life will be held at a later date.

Elizabeth “Betty” Kokke, age 93, passed away peacefully surrounded by her loving family on March 31, 2020.  She was born on February 7, 1927, daughter of the late Robert and Ann Winter in Greenock, Scotland.  She married the late Cornelius “Oscar” Kokke on December 20, 1946 in Scotland.

Betty graduated from Herds Business College in Greenock, then went to work for the Dutch Ministry of Shipping in Gourock, Scotland during World War II until the Dutch government could return to Holland.  During this time, Betty met Oscar, an American soldier who sailed back to Scotland after the war to propose marriage to Betty, who accepted.

Upon arrival in America, Betty and Oscar lived their whole married lives in Kimberly, Wisconsin.  Betty joined a group called the International Club where she met many of her lifelong friends.  Her children remember dinner parties at their home with a variety of nationalities sitting around the table.  One of these special friends opened The Little Mermaid in the Castle in Appleton, Wisconsin, where Betty worked. She taught knitting classes there and continued to share her knitting and needlework skills with others throughout the years.

Betty had numerous other interests that included the Rock and Mineral Club, the Fox Valley Embroiderer’s Guild, Scandinavian Sew Club and the Quilters Guild. Betty was a member of the Appleton Alliance Church. She always had an interest to learn and loved to travel the world. Her adventurous spirit and kind nature will continue to be an inspiration to friends and family.

Other survivors include her sister-in-law, Christine Winter of Langbank, Scotland and Pauline Schroeder of Cloquet, Minnesota. There are also many nieces, nephews, and other relatives and friends.

Betty was preceded in death by her husband, Oscar, and a brother, William Winter of Scotland, as well as Oscar’s ten brothers and sisters.

Betty’s family would like to extend special thanks to Dr. Montgomery Elmer, who always went above and beyond for her.  They truly had a special bond.  Also, we thank the many hospice care givers from Theda Care at Home who helped guide her family with kindness and care.  Thank you also to Dr. Dennis Episcopo, Senior Pastor at Appleton Alliance Church for Facetiming Betty with prayers and a wee chat.

A Celebration of Betty’s life will be held at a later date when our current health advisories have been lifted.  In lieu of flowers, the family requests donations be made to St. Joe’s Food Pantry.

In light of current circumstances, a celebration of Betty’s life will be held at a later date.