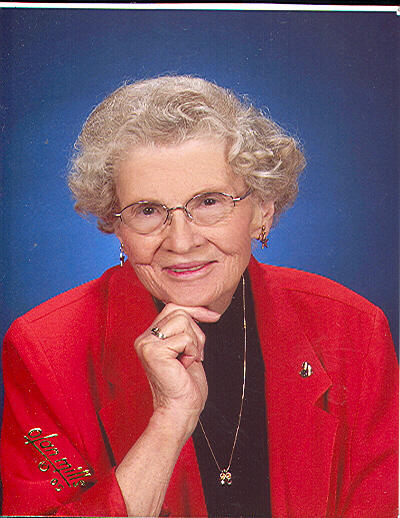 Betty Griffith, age 79, of Kaukauna, died on Monday, June 23, 2008, at St. Paul Villa. Betty was born on May 16, 1929, in Cheyenne, Wyoming, to the late Raymond D. and Margueritte (Masek) Johnson. She graduated from Cheyenne High School in 1947. Following her graduation she went to work in the Brand Division of the Wyoming Livestock Board. Betty worked in the same department for 47½ years, retiring in 1995. She married John Griffith on June 18, 1952, in Cheyenne; he preceded her in death on May 1, 1983. She was an active member of Holy Trinity Catholic Church, Council of Catholic Church Women, Bishop's Guild, Wyoming State Museum Volunteers and the State Retirement Group. Betty was a Eucharist Minister and a Caring Minister to the homebound for many years. She was the Founder and Coordinator of Perpetual Eucharist Adoration at Holy Trinity from 1986 to 2007. Betty enjoyed church work and sending cards to family and friends, and spending time with her grandchildren. She is survived by her daughter, Janet (Scott) McKee, Appleton; and her grandchildren, Olivia and Wesley. A Prayer Service was held at ST. PAUL ELDER SERVICES CHAPEL, Kaukauna. Interment will be in Cheyenne, Wyoming. A memorial has been established in Betty's name; contributions can be directed to the Wichmann Funeral Home. The family would like to extend a sincere thank you to the staff at St. Paul Elder Services and ThedaCare at Home Hospice for their loving care.
Wichmann Funeral Home
537 North Superior Street
Appleton, WI 54911 920-739-1231
www.wichmannfargo.com