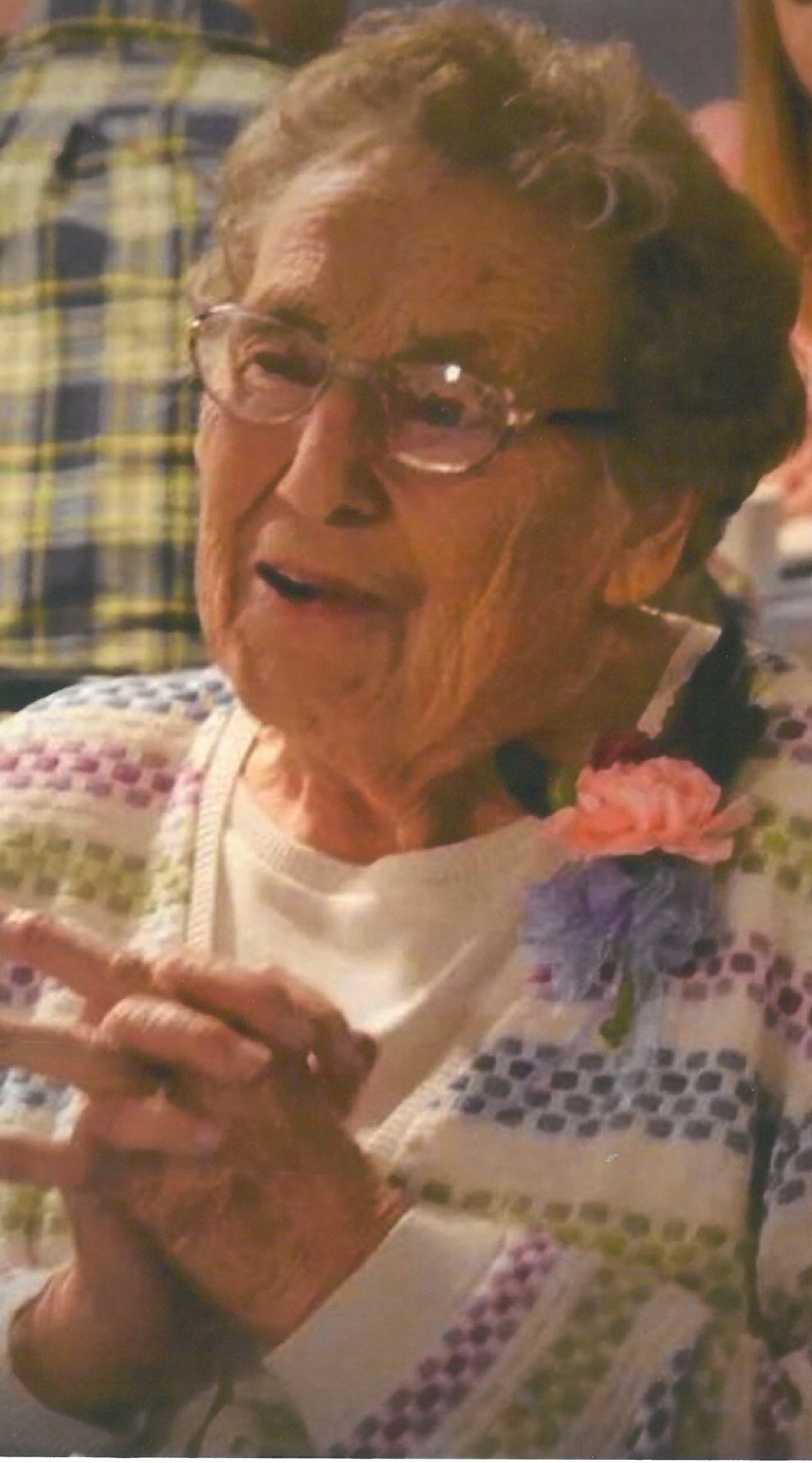 Elizabeth “Betty” Biese, age 90 died peacefully at her home after a short illness on December 9, 2015.

Betty was born in Kimberly on January 26, 1925, Daughter of Joseph and Anna Thein. On July 9, 1946 she married Gene in Kimberly and had 54 years together prior to his death in January, 2000. They had 13 children, 12 unplanned who were raised with love, support and laughter. Betty loved her children but loved her grandchildren more, who will miss her stories, laughter and love. What Betty cherished most in her last years was holding her new great-grand babies. Nothing made her happier.

The funeral liturgy for Betty will be held on Monday, December 14, 2015 at 11:00 AM at HOLY CROSS CATHOLIC CHURCH, 309 Desnoyer St. with Fr. Tom Pomeroy officiating. A time of visitation will be held on Sunday, December 13, from 12:00 PM until 3:00 PM at the Fargo Funeral Home and on Monday from 9:00 AM until the time of the mass at church. Interment will be in the Holy Cross Cemetery. Online condolences may be expressed at www.wichmannfargo.com. A memorial fund is being established in Betty's name.