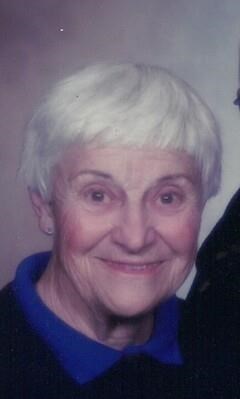 After a rewarding 97.5 years, Elizabeth “Bette” Ann Munch Singler was welcomed into everlasting life by our Lord on Thursday, May 20, 2021.

Bette was born on November 18,1923 in Milwaukee, Wisconsin to Henry and Anna (Glesener) Munch. She grew up in Kingsford, Michigan, where she helped her mother take care of her three younger brothers, whom she adored. She went to nursing school and graduated from St. Joseph Hospital in Hancock, Michigan, beginning her career in nursing during a time when women frequently did not have careers.

While watching a game involving what would ultimately become her favorite sports team—the Green Bay Packers—she met the love of her life Donald “Don” Burnet Singler. On November 23, 1950, Don and Bette married and lived happily together for nearly 60 years before Don passed in 2009. Don and Bette settled down in Appleton, Wisconsin. There, they raised three children: Mike, Sue, and Fred. All of whom would also become avid Packer fans.

Bette was active in her community. She worked as a school nurse with the Appleton School System and was active with the School Nurses of Wisconsin. She and Don were charter members of St. Bernard’s Parish in Appleton and remained active members throughout their lives. She enjoyed volunteering and interacting at the Thompson Community Center. She was an active member of her Civic League and Investment Club.

Bette enjoyed spending time with her loving family and friends. She loved to travel, especially with her family, both around the country and the world. She was an avid golfer and card player, playing in multiple golf and Bridge leagues. She was a passionate Packer fan, acquiring season tickets for her family in the late 50’s. If she wasn’t in the stands at the game, she was watching closely on television. She was also an enthusiastic supporter of the Brewers, the Badgers, and the Wolverines (her husband’s alma mater). She also loved gardening and sewing—both of which, she taught to her children and grandchildren.

Bette’s family would like to thank the caregivers that helped Bette throughout these past few years, including those at Right at Home, St. Paul’s Manor, and Brewster Village. In lieu of flowers, the family would ask that you make a donation in Bette’s honor to one of the following charities: Civic League c/o Thompson Center on Lourdes,2331 E Lourdes Drive, Appleton, WI 54915 or Red Smith Fund, PO Box 623, Appleton, WI  54912.