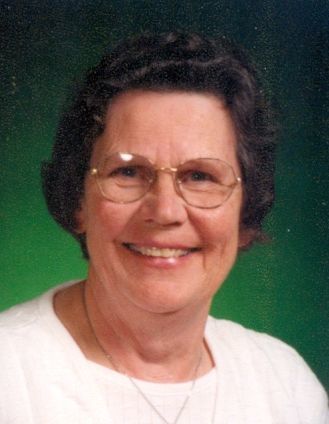 Betty Dorman, age 79 of Kaukauna passed away at the Bridges of Appleton on Saturday afternoon, January 14, 2017. Betty was born in Little Chute on May 20, 1937, daughter of the late Henry and Genevieve (DeBruin) Van Schyndel. She attended high school in Kaukauna, and married Richard Dorman on January 16, 1960 at Holy Cross Church. Betty was a life-long member at Holy Cross, and for many years worked as a secretary at the Institute of Paper Chemistry in Appleton. In her later years, she worked at Jack's Pizza. She enjoyed travel and volunteering at the Emergency Shelter in Appleton.

The funeral liturgy for Betty will be held at 11:00 AM on Thursday, January 19, 2017 at HOLY CROSS CATHOLIC CHURCH, 309 Desnoyer Street in Kaukauna, with Fr. Tom Pomeroy officiating. Family and friends are invited to gather at the Fargo Funeral Home, 400 W. Wisconsin Avenue in Kaukauna on Wednesday from 4:00 PM until 7:00 PM, and again at the church on Thursday morning from 10:00 AM until the time of the service. For more information or to share a memory of Betty, please visit www.wichmannfargo.com.

The family would like to extend their sincere thanks to everyone at The Bridges of Appleton for their love, kindness, and support. You will never be forgotten.