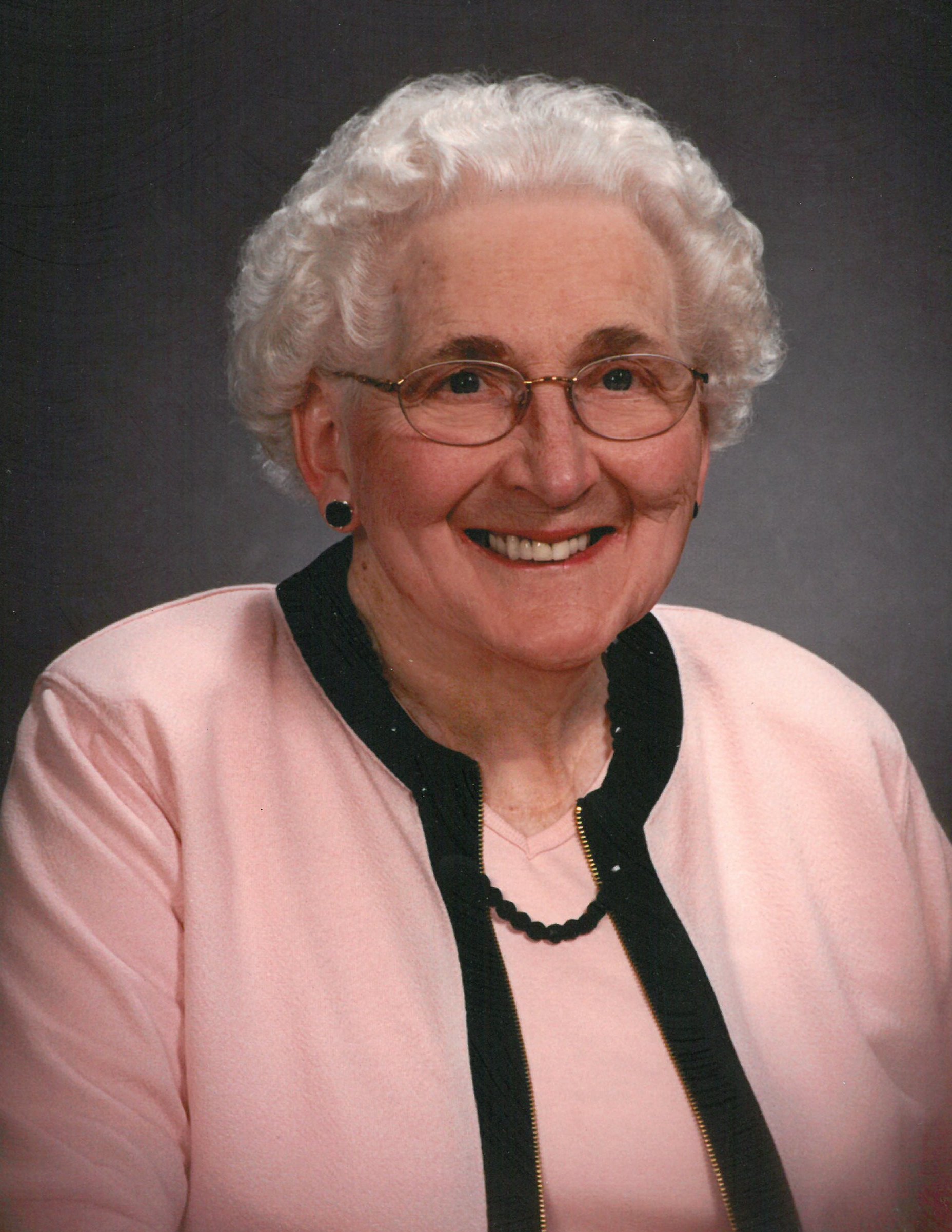 Eleanor M. Rahmlow, age 96, passed away at Carolina Manor, Appleton, on Monday, August 8, 2016, from congestive heart failure. She was born on November 21, 1919, the daughter of Louis and Alma (Court) Timm. Eleanor was baptized and confirmed at Trinity Lutheran Church-Ellington and was a member during her younger years. She married Wilbert B. Rahmlow on October 12, 1940, at Trinity Lutheran Church and they celebrated 57 years together before Wilbert's passing. They farmed in the Town of Grand Chute, raising four sons. She was a member of St. Paul Lutheran Church, Appleton, for many years and served on many committees, including the Past Presidents Club, Ladies Aid, and many more. Later in life she transferred to St. John Lutheran Church in the Town of Center.

Funeral services for Eleanor will be at 11:00 a.m. on August 12, 2016, at ST. JOHN EV. LUTHERAN CHURCH, Highway 47 North, Town of Center, with Rev. Jeffrey Suhr officiating. Friends may call at the Wichmann Funeral Home, 537 N. Superior Street, Appleton, on Thursday from 4:00 p.m. to 8:00 p.m. and again directly at the church on Friday from 10:00 a.m. until the time of services. Entombment will be in Highland Memorial Park. A memorial has been established in Eleanor's name to benefit Fox Valley Lutheran High School. Eleanor's family would like to thank the staff at Carolina Manor for their wonderful care of Eleanor during her stay there. Online condolences may be offered at www.wichmannfargo.com