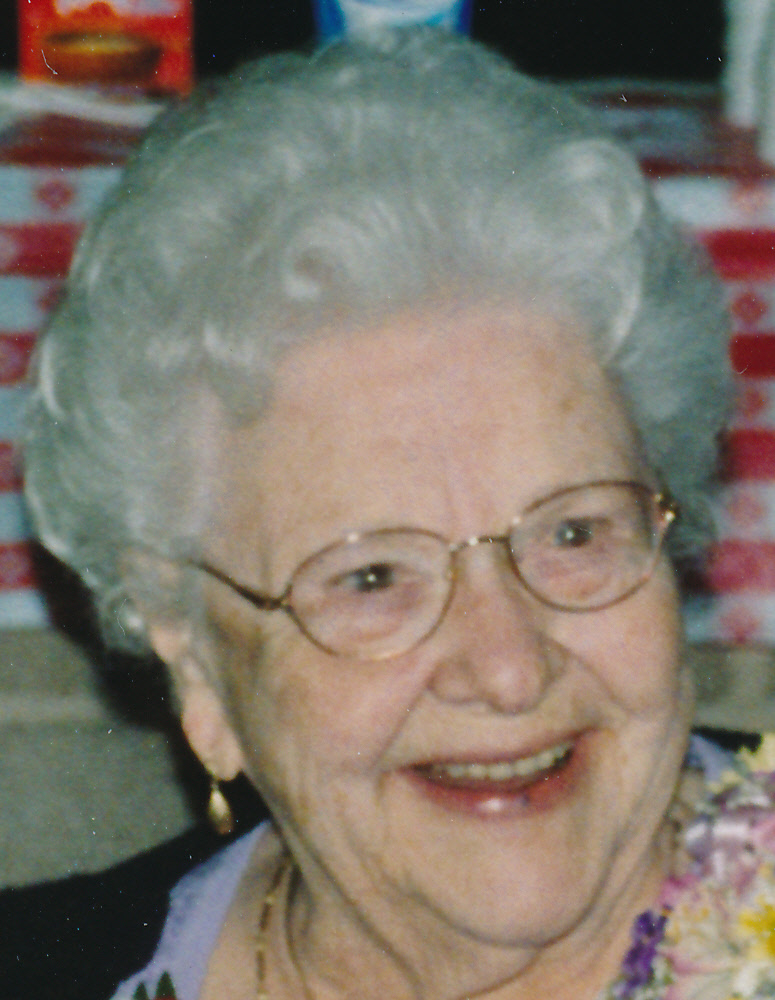 Eleanor M. “Ellie” Buss, age 97, Appleton, passed away on Tuesday, February 11, 2014. Ellie was born on June 8, 1916, in Greenville Wisconsin to the late Joseph and Emilie (Bolte) Merkel. On May 5, 1933, she married Lawrence J. Buss in Waukegan, Illinois and he preceded her in death on February 16, 1995. Lawrence and Ellie farmed until 1945 when they moved to Appleton. She worked at several jobs over the years but her primary job was to care for her family. Ellie enjoyed playing cards, gardening, and working with her flowers.
Ellie will be sadly missed by her children, Carol Burmeister of Albuquerque, Sharon (Bill) Baggs of Shiocton and Bob (Janice) Buss of Greenville; daughter-in-law, Barbara Buss of Appleton; sister-in-law, Ellen Beyer of Appleton; 15 grandchildren, 24 great-grandchildren, 9 great-great-grandchildren, as well as many nieces, nephews, other relatives, and friends. She was preceded in death by her parents, Joseph and Emily Merkel; husband, Lawrence Buss; son, Roland Buss; son-in-law, Phil Burmeister, grandson, Bruce Burmeister; and sisters, Marcella Schuh, Lucille Schroeder, and Evelyn Muenster.
Funeral services for Ellie will be held at 11:00 a.m. on Saturday, February 15, 2014, at the WICHMANN FUNERAL HOME, 537 N. Superior Street, Appleton. A time of visitation will be held at the funeral home from 9:00 a.m. until the time of service. Ellie will be laid to rest at Highland Memorial Park.
Ellie's family would like to extend a special thank you to the staff of Carolina Manor, AMC's 3rd floor cardiac staff, and ThedaCare at Home for all of their compassionate care.