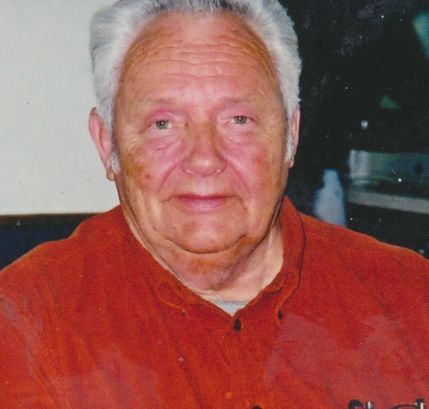 Eldred “Gus” Mullen, age 81, of Appleton, passed away on Tuesday, May 28, 2013, surrounded by his family at Appleton Medical Center due to heart and kidney complications. He was born November 5, 1931, near 5-corners in the town of Osborn, son of the late Perry and Verna (nee Luedtke) Mullen. He was a 1951 graduate of Seymour High School and a 1953 graduate of Fox Valley Technical Institute.

Gus was employed for 22 years at Miller Electric Manufacturing and was Outagamie County Treasurer for 12 years. He also served on the County Drainage Board. Gus was the 8th Ward Alderman from 1966 through 1972 and was the 6th Ward Alderman from 1974 to 1992. During his retirement, he volunteered at the St. Joseph's Food Pantry and with St. Vincent De Paul.

Gus is survived by his loving wife Patricia (nee Seibert) Mullen and his sons, Jeffery and David. He is further survived by his sisters Eunice Wilson, Audrey Rogers and Doris Mullen; and brothers, Glen (Marlene) and Richard (Pete) Mullen. He was preceded in death by his brother Lavern and brothers-in-law Gene Wilson and James Rogers.

The funeral liturgy for Gus will be held at 11:00 a.m. on Monday, June 3, 2013, at ST. MARY CATHOLIC CHURCH (312 South State Street, Appleton) with Fr. Jim Leary, O.F.M. Cap. officiating. A time of visitation will be held from 4:00 p.m. until 7:00 p.m. on Sunday, June 2, 2013, at WICHMANN FUNERAL HOME (537 N Superior St, Appleton) and again at church on Monday from 9:00 a.m. until the time of Mass. In lieu of flowers, memorials to the American Heart Association or St. Mary Catholic Church are appreciated. Online condolences may be expressed at www.wichmannfargo.com.

The Mullen family would like to thank the doctors and nurses on the 8th floor of the Appleton Medical Center, as well as their special friends Sharon Wolf, Jack Voight, Jim Smits and Vick and Rita Petit.