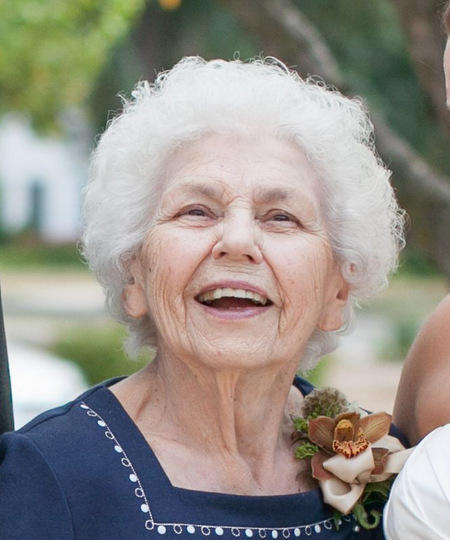 Elda D. Bertschy, 91, Appleton, passed away on November 18, 2013. Elda was born on September 13, 1922 to Hubert and Minnie (Lueck) Neitzke in Rush Lake Wisconson. Elda was confirmed at St. John Lutheran Church in Berlin and was educated in both Rush Lake and Berlin. She moved to Appleton in 1940 and was employed with Scolding Locks until she met the love of her life Harold. On June 23, 1945 she married Harold W. Bertschy at St. Paul Lutheran Church in Appleton and he preceded her in death on March 22, 2007. After her marriage, she was a homemaker, mother and grandmother. She touched her whole family with kindness and a love that would never end. Now she is resting in peace. Our God has taken Elda into his loving arms.

Funeral Services will be held Thursday November 21, 2013 at Faith Lutheran Church, 601 East Glendale Avenue in Appleton at 11:00 AM with Rev. Paul Brinkman officiating. Visitation will be Thursday from 9:00 am to 11:00 am at the church. Online condolences may be expressed at www.wichmannfargo.com.

The family would like to thank the staff and nurses of American Grand Assisted Living, Parkside Care Center and Heartland Hospice. A special thank you to Dr. Andrew Pahl for the wonderful care given to Elda.