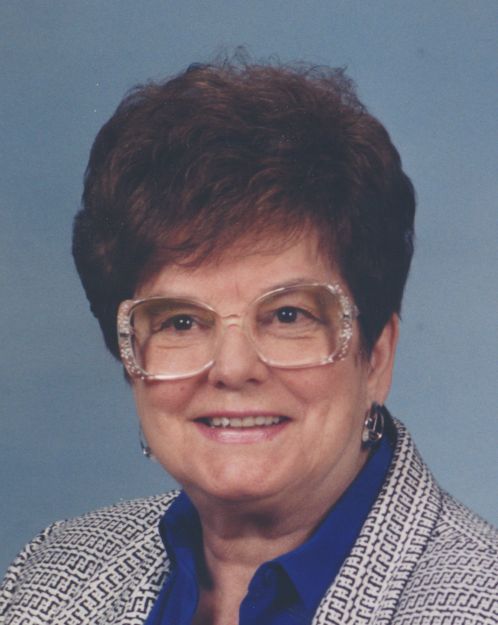 Elaine M. Fetting (nee Goldmann) joyfully sings praises to her Heavenly Father. She was born in Sheboygan on February 25, 1927 to the late John and Pauline (Mohr) Goldmann. Elaine attended Trinity Lutheran School through the eighth grade, and graduated from Central High School in 1944. She married Earl A. Fetting, D.D.S. on October 31, 1953 and they made their home in Appleton, Wisconsin. Earl passed away September 13, 2001 after 47 years of happiness together.

Elaine loved to sing and presented many programs and recitals, beginning in her church in Sheboygan. She studied voice privately and at the Wisconsin Conservatory of Music in Milwaukee. After she and Earl settled in Appleton, Elaine continued her private vocal training in the Lawrence University Conservatory of Music. She belonged to the St. Paul Lutheran Church choir, and “soloed” there and in many other churches in the region. In addition, Elaine performed in recitals and several operas at Lawrence University, and in The Occasional Opera Group, as well as singing lead parts in musicals with Attic Theater and The Riverside Players.

One of Elaine's favorite activities was presenting programs with children (the “Petite Musicales”) for the Appleton Memorial Hospital Auxiliary, of which she was a member and past President. Elaine also enjoyed singing at nursing homes in the Fox Valley with several friends and accompanists. Residents at those nursing homes always looked forward to programs given by Elaine and her colleagues. Elaine was also well known for her photography, for which she won several prizes and awards. Also known for her artistry in the kitchen, Elaine made a gift of her treats to many fortunate friends and neighbors over the years.

Elaine was a 50+-year member of Wednesday Musicale, having served as its President. For many years she was also an active member of the Fox Valley Camera Club.

Survivors include her sister-in-law: Kathleen Goldmann, as well as many nieces, nephews, and godchildren. She was preceded in death by her parents, her husband: Earl A. Fetting, DDS, her brother Paul J. Goldmann, a nephew Paul Goldmann, Jr., and Earl's parents Arnold and Elsie Fetting.

The Christian Funeral Service for Elaine will be held at 11:00 AM on Thursday, April 21, 2016 at ST. PAUL EV. LUTHERAN CHURCH, 302 North Morrison Street in Appleton. Family and friends are welcome to gather at the church on Thursday from 9:00 AM until the hour of the service. Elaine will be placed at rest next to her beloved husband at Appleton's Highland Memorial Park.

Friends may make gifts in Elaine's memory to St Paul's Evangelical Lutheran Church-Appleton or to the Earl and Elaine Fetting Fund at the Community Foundation for the Fox Valley Region.

Elaine's family and friends are so grateful for the many who have expressed their love and concern for her over the years. She treasured and loved each and every one of you – those she leaves behind will forever be thankful for your friendship.

Throughout her life, Elaine felt the presence of her Lord and Savior Jesus Christ. Her faith prompted her to often say “every time I turn around there's a miracle.” John 14 brought her comfort throughout her life: “Do not let your hearts be troubled. You believe in God; believe also in me. My Father's house has many rooms; if that were not so, would I have told you that I am going there to prepare a place for you? And if I go and prepare a place for you, I will come back and take you to be with me that you also may be where I am. You know the way to the place where I am going.”