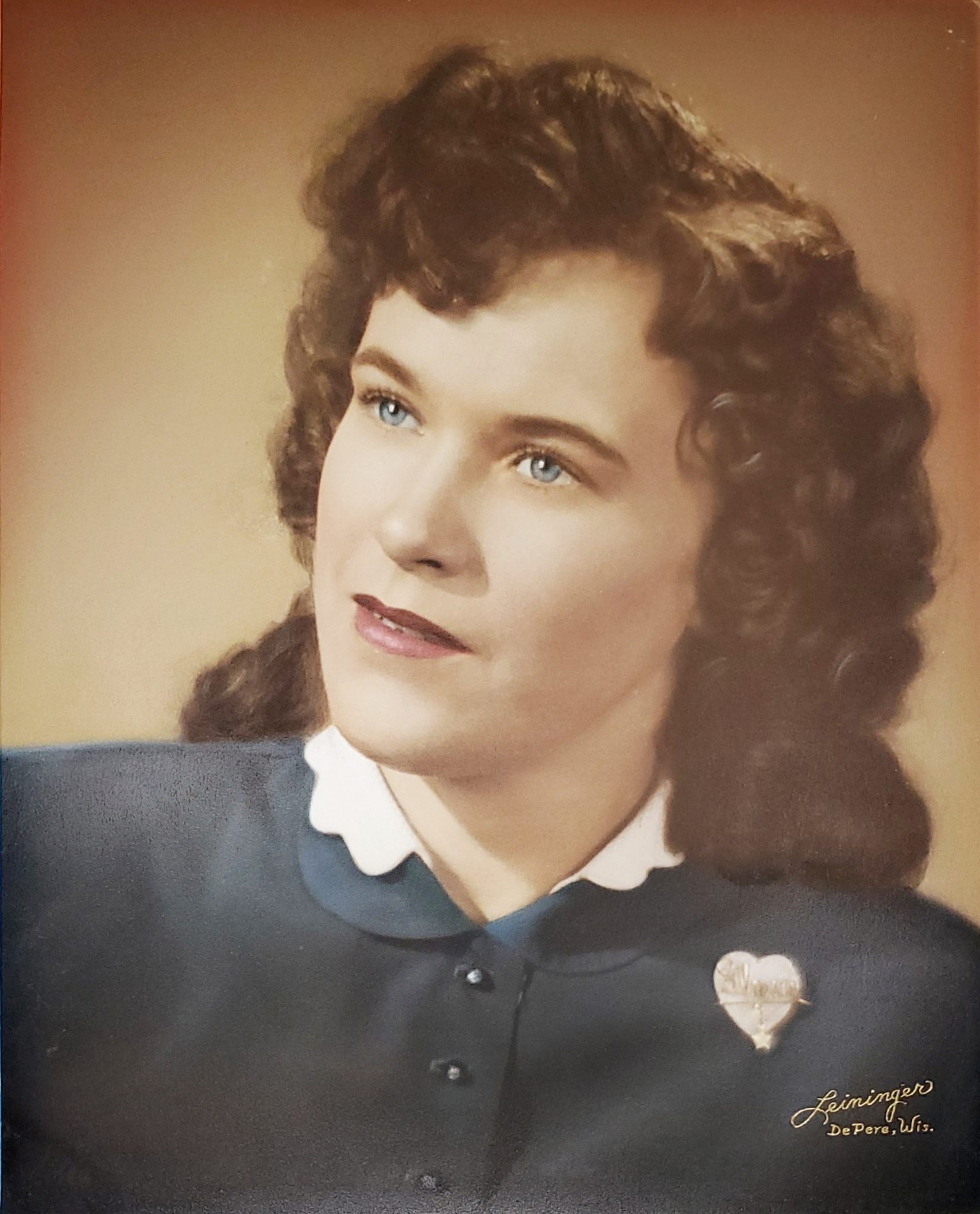 Elaine Cordelia Schmidt (nee Spreeman) passed away peacefully during the night at her home on December 5, 2020.  She was 89 years loved, having been born on April 11, 1931, into the William and Mildred (nee Lampke) Spreeman family in Breed, WI. She was baptized in to the Lutheran faith on May 10, 1931; and she confirmed her faith on October 22, 1944, at Emmanuel Ev. Lutheran Church in Breed, WI.   She spoke fondly of growing up in the Northwoods as one of ten siblings, the cats and dogs they had on the farm, and going to dances.  Elaine was a lively spirit who always kept busy.  She was not one to sit idly around; she always had to be doing something.  She worked in a variety of positions over her life including helping to raise nieces and nephews, working in the Garner household caring for their children whom she always fondly remembered and doing housework, millwork in DePere and later Zwickers in Appleton, and then – ultimately, as a farmer’s wife and helpmate.  On December 2, 1961, Elaine married dairy farmer John (“Jack”) Lloyd Schmidt at Immanuel Ev. Lutheran Church in Black Creek, WI.  She would joke that their honeymoon was spent milking the cows.  Their marriage was blessed with four children:  John, Jodie, Jo and Jacqueline.  She worked the farm with her husband while raising their children. She also kept a huge garden for many years which included a variety of fruits and vegetables, including a pickle patch, raspberry and strawberry plants; and she did enjoy sitting down for a good cup of coffee.  She was the pillar of the family after the passing of her husband and her children’s father.  When her grandchildren started arriving, she spent every day with her first grandchild, Jacie, and later on her first grandson, Nicholas.  Her grandchildren gave her life new meaning and purpose; she excelled in her role as a doting grandmother.  She especially loved spending as much time as possible with her grandchildren as well as making sure there were always ingredients on hand to make Rice Krispie treats as a surprise snack or for a rough day.  Years later she would be tickled when Duncan was born, and she had a new grandson to spoil.  She had a love for country music and polkas, yodeling, old westerns, and drawing silly pictures for her grandchildren.  She maintained strong ties with her brothers and sisters, demonstrating the importance family had in her life.  She was a generous, dear lady who always put everyone else’s needs before her own.   Over the years her faith sustained her, and she was a longtime of Mount Olive Ev. Lutheran Church in Appleton, WI.  Elaine was fortunate to live independently in her home on the dairy farm she had worked with her late husband Jack.

Mom, you always said age was just a number.  It most certainly is, but we did not have nearly enough numbers with you.

Elaine will be remembered in a private ceremony at Mt. Olive Ev. Lutheran Church.  In lieu of flowers, a memorial fund will be established in Elaine’s name.

Online condolences can be expressed at www.wichmanfargo.com.  A more public celebration of Elaine’s life is anticipated to be held in 2021 once COVID-19 restrictions are lifted.

Heartfelt thanks to all those who provided support to Elaine including nurse Nathan and all of her healthcare providers and staff at the hospital and Mosaic Family Health, especially Dr. Kathryn Jacobe.

So hard to believe after all these years you and dad are together. Who knew while we were taking care of you, YOU were still taking care of us. You stayed with us as long as God willed. We are so very grateful for that extra time. John said that last night he thought he heard you say “John, It’s ok.”  Mom we’re ok.