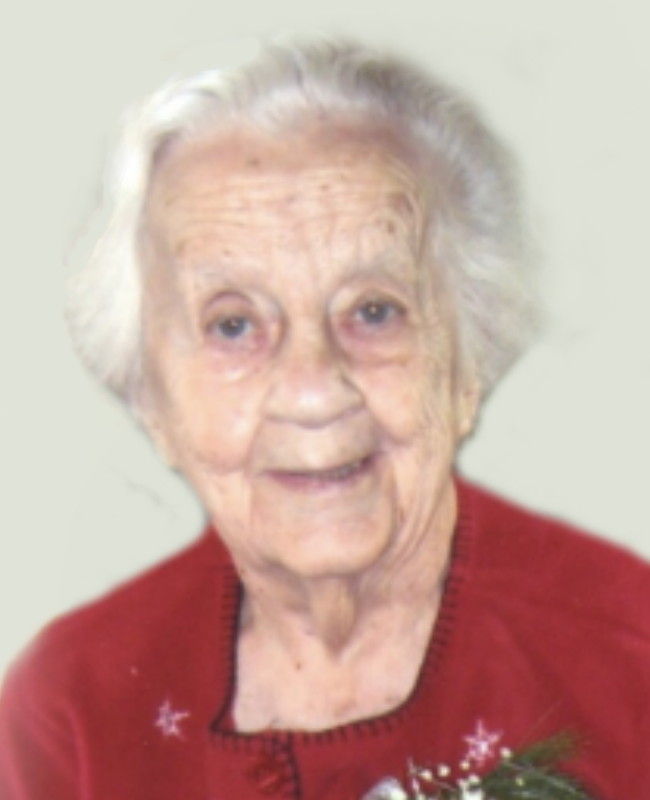 Eileen M. Nagan passed away on Tuesday, January 15, 2013, after a long and well-lived life. She was born December 20, 1914 in the Town of Buchanan, the first child of the late James L. and Mary Ellen (Linnane) O'Connor.

Eileen was a graduate of St Mary's grade school, Kaukauna High School, Outagamie County Teachers College and Silver Lake College. After finishing teachers college in 1934 Eileen was unable to secure a teaching position and instead worked as a stenographer at South Kaukauna Dairy for a number of years before her marriage.

Eileen was instilled with a love of music early in her life and at age 14 began playing the organ for funeral masses during the summer months when the regular organist was not available. This led to Eileen becoming choir director and organist at St Mary's Church during the 1930s. Eileen met her husband Paul when he was a member of the choir.

Eileen and Paul Nagan were married in 1940. Several years after their marriage they moved to the north side of Kaukauna and Eileen became choir director and organist at Holy Cross Church. Eileen continued in those roles for several decades and became a leader as church music ministry changed and a mentor to others who followed in her footsteps.

Eileen and Paul treasured 54 wonderful years of marriage. Their love for each other was matched by their shared joy in making music together. After Eileen and Paul were “empty nesters” they enjoyed traveling and a newfound interest in camping.

In 1967, after almost a quarter century of all the joys and tribulations found in raising six children, Eileen was finally able to start a long delayed teaching career when she began teaching 7th and 8th grade math, art and religion at Holy Cross School. At the same time Eileen returned to college and in 1973 received a bachelor's degree with honors in elementary education from Silver Lake College. Eileen retired from teaching at Holy Cross in 1980.

After retirement Eileen continued teaching as a volunteer guide at the Grignon Mansion and 1000 Islands Environmental Center, where she also served on the Board of the “Friends of the Center.” Among other volunteer activities, Eileen also taught English to Hmong immigrants, was a hospice visitor and led a music therapy program for residents at St Paul Home.

In 1999, Eileen received the Coalition of Wisconsin Aging Groups' Senior Achievement Award in recognition of her extraordinary efforts as a community volunteer.

Eileen was a lifelong learner and a woman of great accomplishment; a good musician, a good Christian, a good citizen, a good teacher, and a good mother. Eileen's dignity and grace, especially in the last years of her life, were hallmarks of the values by which she lived.

The funeral liturgy for Eileen will be held at 11:00 AM on Monday, January 21, 2013 at Holy Cross Catholic Church, 309 Desnoyer Street in Kaukauna. Friends may call at the church on Monday morning from 9:00 AM until the time of the service.

Eileen's family extend the most heartfelt thanks to the wonderful women whose work at St Paul Villa and St Paul Hospice is so much more than just a job as demonstrated time and time again by their compassionate and tender care for our Mom.

In lieu of flowers, memorials can be made to the St Paul Staff Appreciation Fund or to 1000 Islands Environmental Center.