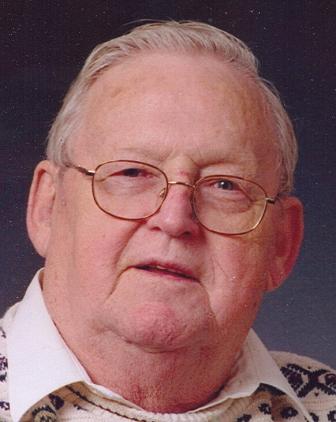 Age 82, passed away on Sunday evening, October 26, 2008 at Appleton Medical Center. He was born on April 20, 1926 in St. Lawrence, WI, son of the late Melvin and Gladys (Gunderson) Taggart. After high school, Edwin proudly served his country in WWII with the United States Navy. On September 27, 1947 he married Peggy J. Childs in Appleton, and together they shared 61 wonderful years which were blessed with 7 children, 25 grandchildren, 24 great grandchildren, and 3 great great-grandchildren. Peggy preceded him in death on Saturday morning, October 25, 2008. Edwin will be remembered as a proud servant to his country, his family, and his community in many, many ways. Edwin was a member of Christ the King Lutheran Church, Combined Locks, American Legion Post 258, and VFW Post 10544.

Joint funeral services for Edwin and Peggy will be held at 2:00 P.M. Tuesday, October 28, 2008 (TODAY) at Christ the King Lutheran Church (601 S. Washington Street, Combined Locks) with Rev. Doug Bisbee officiating. Friends will be received at the church from 12:00 Noon until the time of the service. Interment will be in Kelso Cemetery, Kaukauna. In lieu of flowers, donations are appreciated to The Salvation Army.

The family wishes to thank Dr. Mark Herman and the nursing staff at Appleton Medical Center for their care and support through Edwin's illness.