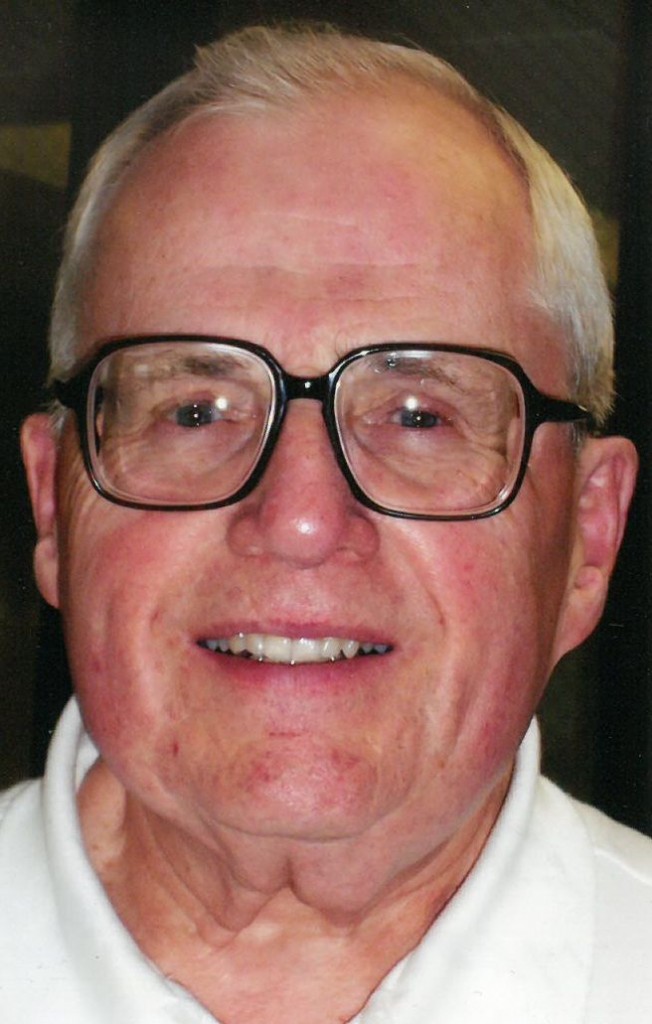 Edward V. Hirsch passed away suddenly on May 5, 2018, at the Gardens of Fountain Way.

Edward “Ed” was born at the Hirsch homestead in Little Black, Wisconsin on January 7, 1928, the second of five children, to the late William V. and Julianna Steffens Hirsch. Following his graduation from Medford High School in 1945, he enlisted in the military to serve his country during WWII, being discharged from the Greenville, S.C. Army Air Base after the war.

Following his discharge, he moved to Menasha, Wisconsin where his family had relocated. He began working for Marathon Corporation and remained with them until his retirement 40 years later. While there, he met his bride, the late Mary Ann Hackstock; they were married in 1955 at St. Mary Catholic Church in Menasha and enjoyed 35 years together.

Following his retirement, Ed enjoyed traveling annually with several of his cousins for more than 20 years, searching for family genealogy information and visiting many historical sites throughout the country. In addition to their travels throughout the United States, Ed also visited Mexico, Canada, and Ireland. He also enjoyed attending many family reunions over the years. He was fortunate to take the Old Glory Honor Flight to Washington, D.C. in July of 2012 with his good friend and fellow veteran John Gollner. During this flight, they had the privilege to have Mary Leasa as their Honor Flight Guardian, and new friendships developed.

Ed was very proud of his grandchildren, and attended many of their activities, including athletic and fine arts events. He would always be on the lookout in both the local paper and the Milwaukee Journal Sentinel for their names and accomplishments!

Ed is survived by his children: Michael, Susan Gullick (George) and their children, Anna and Samuel, and David (Diane) and their children, Andrew, Laura, and Kathleen. He is further survived by a sister Mary Gardner (Cal), and sisters-in law Marilyn Hirsch, Catherine Hirsch, Katie Murphy (Lee), and Helen Quigley, several nieces and nephews, special friend Carol Ropella, and other relatives and friends. His parents, his wife, Mary, daughter Kathleen, and three brothers preceded him in death.

The funeral liturgy for Ed will be held at St. Mary Catholic Church, 528 Second Street, Menasha at 11:00 AM on Saturday, May 12th with Fr. Paul Paider officiating. Visitation will be at the church from 9:00 AM until the time of service. Military honors to follow after the funeral liturgy. Private interment at St. Mary Cemetery in Menasha.

A memorial in Ed’s name for St. Mary Catholic Middle and High Schools will be established.

The family would like to extend their appreciation to the staff at the Gardens of Fountain Way for their care and concern for Ed.