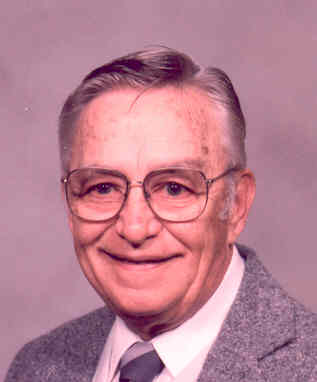 Loving husband, father, brother, grandfather, age 79, entered eternal life on Monday, June 30, 2003. Edward was born in Detroit, MI on January 21, 1924, son of the late Peter and Mary (Kieltyka) Turek. He joined his brothers to proudly serve his country in the U.S. Army during WWII. Edward married Rosemary Van Camp on August 31, 1954. He was employed at the Banta Corporation for 28 years. He was an active member of St. Edward‚Äôs Catholic Church, Mackville.

During his retirement, Edward enjoyed family gatherings, meeting friends (especially his buddy Earl) at the local pubs, using his computer, taking long naps in his truck and watching sports. He was a devoted Packer fan, but his heart always went back to his Detroit Lions.

Friends may call from 3:00 pm to 6:30 pm on Thursday, July 3 at St. Edward‚Äôs Catholic Church. The Mass of Resurrection will follow at 6:30 pm, with Father Charles Brooks officiating. Burial will take place in the parish cemetery. A memorial fund is being established.

Edward deeply loved his family and friends. He was especially proud of his grandchildren. Dad‚Äôs greatest gift to his family was his example of compassion and kindness offered to those in need.

Thank you to everyone who helped us through dad‚Äôs brief illness with prayers and support especially Father Brooks for his tender care and comforting words.

Dad, you truly lived the toast you made on your 75th birthday‚Ä¶
‚ÄúFamily, it‚Äôs all that matters.‚Äù