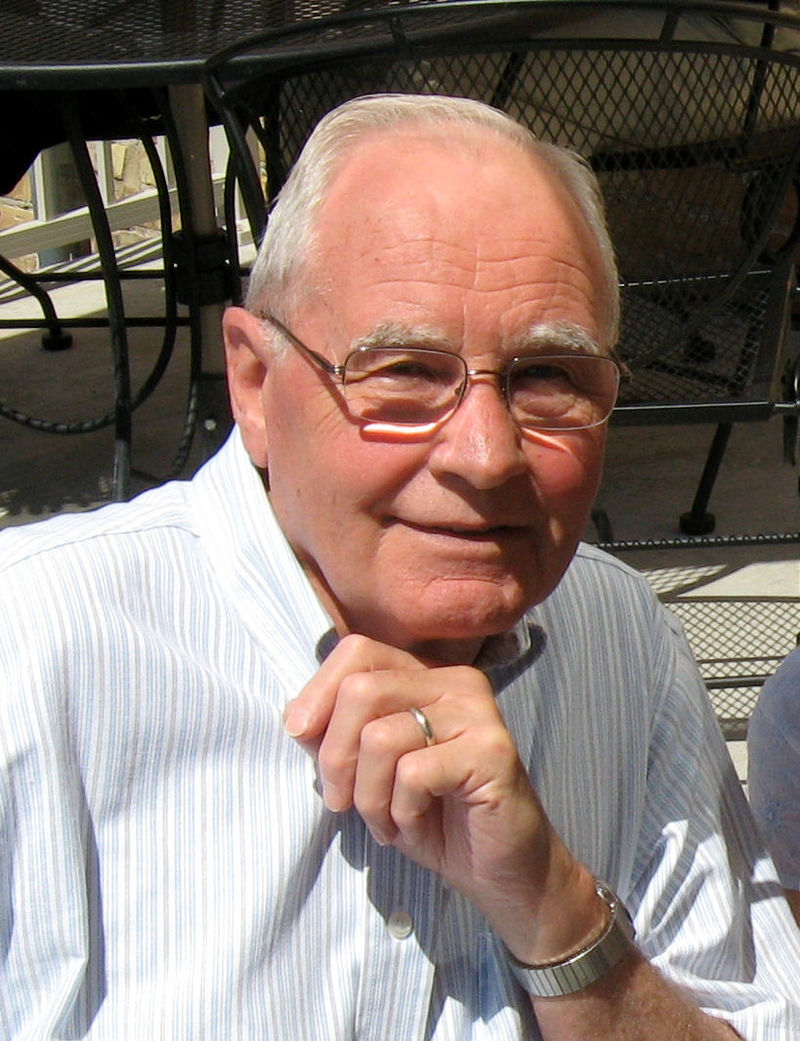 Edward F. Reiss, 81, of Appleton, lost a battle with cancer on Saturday, December 1st, going home to meet his Savior who he so longed to see face-to-face. Edward was born in Neenah on January 25, 1931 to Fritz & Olga Reiss. Ed lived in the Fox Valley all his life, attending elementary school at Roosevelt in Neenah, 7th & 8th grade at Trinity Lutheran and high school at Neenah High School. Ed met Lavila Kuether in high school and they were married on October 17, 1953. Ed served his country in the Wisconsin National Guard during peacetime in the late 1950s, attaining the rank of sergeant. He worked at American Can for 43 years. After retirement, Ed enjoyed many years of travel, hobbies and leisure activities. Ed was involved with the Neenah Menasha YMCA for many years, swimming several times a week, singing with the Y Nots and making numerous close friends. He loved the serenity and quietness of the great outdoors and enjoyed hunting, fishing and camping with family and friends.

His faith was always very important to Ed. He was confirmed in the Lutheran church as a teenager but his faith really was solidified after the death of his father-in-law. At that point, his relationship with Jesus Christ became a personal one and friends and family saw a marked change in his life. Getting into Scripture, he took to heart the passage in Ephesians, “For by grace you have been saved, through faith, and this is not your own doing, it is the gift of God, not a result of works, so that no one may boast.” Ed was an active, long-time member of Appleton Community Evangelical Free Church where he had many dear friends.

The prayers, visits and acts of kindness from Ed's church family at ACEFC has helped sustain the family through the past months and are deeply appreciated. The extended family also wishes to extend heartfelt gratitude for the tender and loving care shown by the staff of the Cherry Meadows Hospice and the Heritage Hospice Residences. Their compassion and kindness greatly aided us in being able to say our farewells to a dearly loved husband and father and release him to Heaven and the eternal presence of his loving Savior.

A celebration of Edward's life will be held at Appleton Community Evangelical Free Church (2490 West Capitol Drive‚Äîcorner of North Lynndale & West Capitol) on Saturday, December 8th at 11 am. There will be no visitation before the service, but we invite everyone to stay after for a time of visiting with family and friends.

In lieu of flowers, donations may be made to the Neenah Menasha YMCA (Strong KidsFoundation) or Appleton Community Evangelical Free Church.