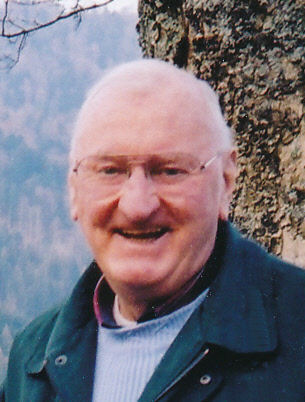 Edward H. Schmidt, age 80, of Appleton, passed away on Friday, December 30, 2011 at Peabody Manor with his family by his side. He was born on January 27, 1931 in Sheboygan, the son of the late Emil and Augusta (Eizenhardt) Schmidt. He played basketball in early college, ran “5k's”, enjoyed tennis after retirement and was an ardent golf player all his life. Ed spent many hours at the Y-Fitness Center. He also enjoyed Big-Band music, crossword puzzles and auditing history and philosophy courses at Lawrence University.

Edward received his Bachelor of Business Administration in 1953 and, after his military service, an M.B.A. in 1956, both at the University of Wisconsin – Madison. On April 7, 1962, Ed married Stephanie “Stevie” Snyder in Leavenworth, Kansas. He was employed for 38 years at Thilmany Pulp and Paper Co. as part of the sales management team and retired on May 1, 1994. Ed was always regarded as a top salesman and, in the later part of his career, as a trainer and mentor of young sales reps.

He was a member of the Appleton Noon-Hour Lions Club, Fox Cities Racquet Club, Y.M.C.A., and “One Nighters” play-reading group. Ed did volunteer work with the “retired crew” for Housing Partnership of the Fox Cities, and with autistic pre-school children at Huntley School.

The memorial service for Edward will be held at 11:00 am on Friday, January 6, 2012 at FIRST CONGREGATIONAL UNITED CHURCH OF CHRIST, 724 East South River Street, Appleton. Rev. Jane B. Anderson will be officiating. The family will receive relatives and friends at the church from 10:00 am until the time of service.

The family wishes to thank the extraordinary nurses at both Appleton Medical Center and Peabody Manor, for their kindness and help.