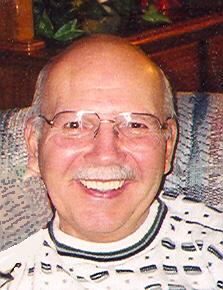 Surrounded by his loving family, Edward Charles Court, age 68, passed away to be with his Heavenly Father. Ed was born in Appleton, on Sunday, November 21, 1937, to Edward G. and Edna (Dobler) Court. His father passed away when Ed was only six months old. Ed‚Äôs step-father (Frank ‚ÄúJack‚Äù Zeuhl) came into his life at the age of nine, at which time Ed and his mother moved to Kaukauna. Ed would ride the bus after school to his Grandmother Dobler‚Äôs house in Appleton to tend the coal furnace at night and in the morning. He did this for several years. While attending Kaukauna High School he was a participant in the high school band and pep band. He played the base drum and it was at this time that he was to meet his future soul mate and wife, Lil Jansen. Ed became a member of the Army Reserve in 1956 and trained at Fr. Leonard Wood, Missouri. He served his country from 1956-1958 in the United States Army. On June 16, 1959, he joined the ranks of the Appleton Police Department as a traffic officer. Ed served his country and community until 1966 at which time he went to work for Heritage Mutual Insurance Company as a field claims representative. In 1972 he was promoted to management and opened the Madison, Wisconsin, claims office. In 1974 he was appointed Senior District Claims Manager for Northeastern Wisconsin and returned to Appleton to open a claims office that eventually moved to Green Bay. Heritage Mutual Insurance became known as Acuity, a Mutual Insurance Company. It was a Fortune 400, Best Employer and was named by The Great Place to Work Institute as the Best Mid-Sized Company to work for in the nation. Ed was proud to be an associate of the company. Ed loved to travel. After traveling all over the United States and Canada, he and Lil celebrated their 25th wedding anniversary in Hawaii and after that took several cruises to the Caribbean and spent time on numerous occasions in Cancun, Puerto Vallarta, Jamaica, St. Thomas and other Caribbean Islands. Together, they spent the twilight of their years at their cottage, the ‚ÄúCourt Haus‚Äù on Pickerel Lake. Ed was the captain of the Lily Pad, their pontoon, spending hours on it in the middle of the lake, on a beautiful day with the radio playing, eagles overhead and a line in the water. He was a member of Mt. Olive Ev. Lutheran Church, serving on the Evangelism Committee and was an Elder of the church. Prior to becoming a member at Mt. Olive, he was a member of the Eastside Lutheran Church in Madison, where he served as president of the PTO. He was also a member of the Fox Valley Adjusters Association. Ed was a man of integrity, honesty and good nature. He was a loving husband, thoughtful father and a role model of a grandfather. He was a genuine person that cared for others and put other people before himself. His hobbies included bowling, hunting, fishing in Canada, playing cribbage (best cribbage player there ever was), watching western and old war movies, reading paperbacks (his favorite author was Louis L‚ÄôAmour), and telling stories that made people laugh. He was also known for raising the roof during Packer games and laying on the coach listening to the Brewers play. Ed and Lil were married on November 25, 1958. They celebrated 47 years of love and joy, always together, the best of friends and soul mates. Survivors include the love of his live, Lil and the extension of their love, his daughter Susan (Michael J.) Peters and their son, Jordan Christopher Peters; his daughter Debra (Kurt) Schmitz and their sons, Robert Edward Court Schmitz and Edward Kurt Schmitz. He is further survived by his sisters-in-law, Audrey Linskens; Sharon (Bill) Borcherdt; Jayne (Steve) Blair; Grace (Rodney, Sr. ) Bonjean; Josie (Joe) Roth; Susan (Larry) Gagne; Ruth Liptow (special friend, Paul Wagner); Jackie (Dale) Lambie; Janice (Tom) Rutten; and Julie (Tom) Siebers. He is further survived by his brothers-in-law, Eugene (Dorothy) Jansen and Dan (Sue) Jansen. Also numerous nieces, nephews and friends. He was proceeded in death by his parents, maternal grandparents, August and Anna (Sievert) Dobler; his paternal grandparents, Henry and Elizabeth (Steinmetz) Court; his uncles, Nicholas Court, Fred Court, and Ray Dobler; his aunt, Julia Dobler. He was further proceeded in death by his father-in-law and mother-in-law, Curtis (Gladys) Jansen; his brother-in-law, Donald Linskens; and niece, Jennifer (Lambie) Jaeger. Ed will stop by the Rainbow Bridge for his loyal companion, Buffy T. Court. Buffy gave Ed fourteen years of unconditional love and was always so happy to welcome Ed home with a ball to toss. Ed received the gift of live with a liver transplant on February 17, 2001. He gave thanks and prayed daily for the donor and her family. The quality of life that she was able to extend could never have been realized without her generosity. Ed was extremely grateful and so was his family. A special thank you to the transplant team of Dr. Alexandra Musat, Dr. Munci Kalayoglum, Dr. Chin, special nurses Mary Douglas, Jean Breslow and Eric Bourska of the University of Wisconsin Hospitals and Clinics in Madison. The family would also like to thank Dr. Avi Bar-lev, his staff and nurses at the Martha Siekman Oncology Department at Appleton Medical Center. You have all been angels, sent to us. Thank you from the bottom of our hearts.

How do I say good-bye? I can‚Äôt. I know you‚Äôre still with me, watching over me and protecting me. Whenever you would leave home, I always stood by the window watching you. After you would leave the driveway, you would always turn towards me, wave good-bye and send me your signal of three break lights. Will I see them again? I long for your arms around me. Who else can bring goose bumps to someone who has been married for so long? I will love you forever. Don‚Äôt know how, but we will be together again. I love you with all my heart, now and forever. You‚Äôre my honey bun. I‚Äòve always been proud of you and proud to be your wife‚ÄîYour Lil (3).

Please sign your donor cards. Someone can continue to live because of your generosity. It will mean so very much to so many people. There are so many people that just want a chance to live. The Christian Funeral with be at 11:00 a.m. on Friday, March 3, 2006, at MT. OLIVE EV. LUTHERAN CHURCH, 930 East Florida Avenue, Appleton, with Rev. Robert Raasch officiating. Interment will be in Highland Memorial Park, Appleton. Friends may call directly at the church on Friday from 9:00 a.m. until the time of services. In lieu of flowers, a memorial has been established to benefit Building For Christ, Mt. Olive Ev. Church.

The following was found in Ed‚Äôs wallet: ‚ÄúDeath is nothing at all, I have only slipped away into the next room. Whatever we were to each other, we still are. Call me by my old familiar name. Speak to me in the same easy way you always have. Laugh as we always laughed at the little jokes we enjoy together. Play, smile, think of me, pray for me. Life means all that it ever meant. It is the same as it always was. There is absolute unbroken continuity. Why should I be out of your sight? I am but waiting for you, for an interval, somewhere very near, just around the corner. All is well. Nothing is past. Nothing has been lost. One brief moment and all will be as it was before‚Äîonly better. Infinitely happier. We will be one, together forever.

We ended the day by telling one another, ‚Äúsleep tight my love, I love you so. And I love you more. (3)‚Äù