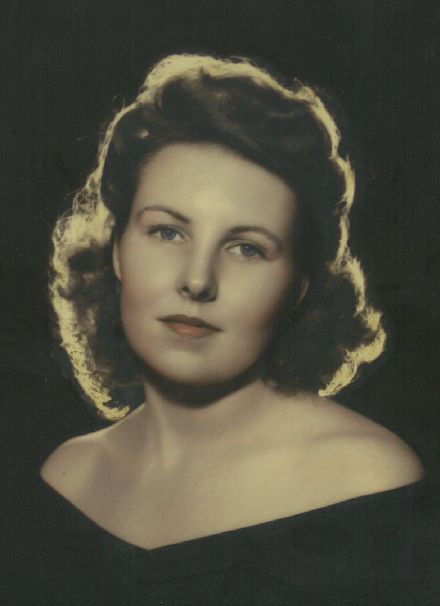 Edna M. Moser, age 101, of Combined Locks, passed away at her home surrounded by her family on Wednesday, September 5, 2018. She was born to the late Paul and Mildred (Stark) Beyer in the Town of Maine, Wisconsin.
She graduated from Shiocton High School in 1934. Shortly after, she married Clifford D. Spaulding in January of 1935 in Leeman, Wisconsin. Together they were blessed with four children, Roland, Marlin, Dennis and Dawn. Edna married Melvin Moser on August 12, 1961 and they moved to California, where after his passing she raised his children, Mary, Betty and Richard. In 1997, Edna returned home to Wisconsin to be closer to her family. Edna attended Faith Lutheran Church with them in Appleton.

Edna always took pride in having a perfectly manicured lawn and garden. She shaped and trimmed Bonsai trees and Topiary trees, kept beautiful flower beds and her lawn was always picture perfect. She loved her grandchildren, especially joking around with Mark. When living in California Edna would tell them, “just swim back and forth, no splashing!”, so that the pool water wouldn’t harm the lawn. In addition to her immaculate lawn, Edna’s house was also kept extremely tidy; one could say it looked as if it were a model home. “Not the most fun place for a child to grow up, but I managed.” says Dawn. You wouldn’t even be able to find a “junk drawer.” She enjoyed entertaining and hosting holidays at her house; making sure the house was always decorated well and her best dishes were made: green Jell-O salad, pumpkin pies, raisin sour-cream pies, turkey and dressing.
Edna always took great pride in her country and its veterans. She kept up to date on all political happenings and religiously listened to talk radio every day.

In addition to her parents she was preceded in death by her infant son, Roland; husband, Melvin; sons, Marlin and Dennis; stepson, Richard; and siblings, Freida, Merlin, Lila, Erwin and Delyle.

The Memorial Service will be held on Saturday, September 15, 2018 at 10:30 a.m. at FAITH LUTHERAN CHURCH, 601 E. Glendale Avenue in Appleton. Visitation will be held at church that day from 9:30 a.m. until the time of the service. In lieu of flowers, a memorial fund will be established in Edna’s name. Online condolences can be shared at www.wichmannfargo.com.