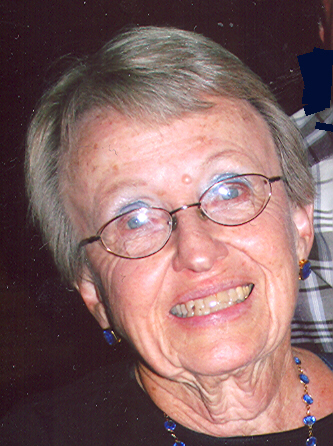 Edna Bradford, of Sherwood, died peacefully at home, aged 76, after a brief illness. Born in 1931 in Houston, Texas, where she lived until moving to Miami at the age of twelve. Edna married Jack Bradford in 1952 and moved to Chicago the next year where she had three daughters. In 1965, she and her family moved to the Detroit area where they lived until she and Jack moved to Appleton in 1996.

Edna received a BA degree in education at the University of Miami and taught elementary school for 30 years in Florida, Illinois, and Michigan. She was active in church and Bible studies throughout her life, and she enjoyed crossword puzzles, entertaining, and reading. Edna was a world traveler, reveling in her retirement opportunities. She played the piano, taught music, and sang in choirs all her life.

The funeral service for Edna will be held at 11:00 am on Wednesday, January 23, 2008 at COVENANT CHRISTIAN REFORMED CHURCH, 1601 S. Covenant Lane, Appleton with Rev. Mark Pluimer officiating. The family will receive friends at the Wichmann Funeral Home Tri-County Chapel (S. Oneida St. and Hwy 441) on Tuesday from 4:00 to 8:00 pm and again at the Church from 10:00 am until the time of service. Memorials to Huron Forest Camp Cherith, Christians for Biblical Equality and Covenant Church Piano Fund are appreciated.
There will also be a memorial service to be held in the Detroit area in spring, 2008.