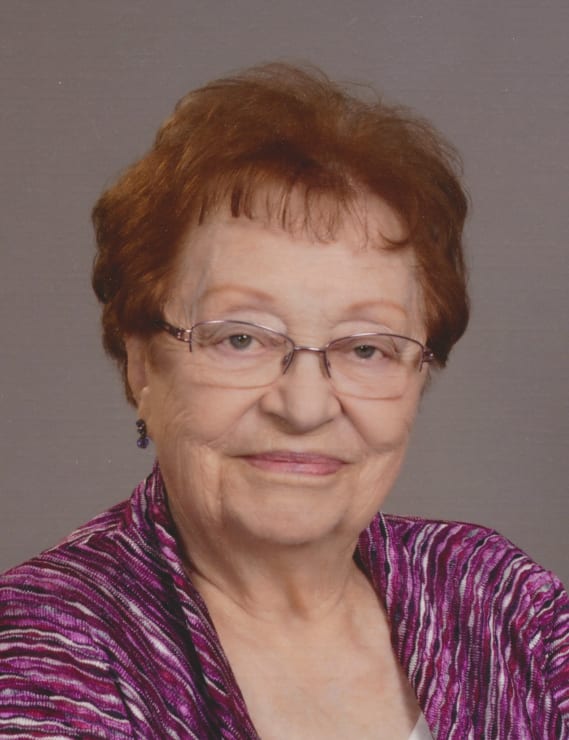 Edna L. Luckow, age 90, passed away peacefully early on Thursday morning, June 25, 2020.  Edna was born in the Shawano County Town of Almon on June 22, 1930, daughter of the late Carl and Emelia (Loehrl) Johnson.  A 1947 graduate of Bowler High School, she attended the University of Wisconsin-Madison School of Nursing and became a registered nurse in January 1952.  On June 6, 1953, she married Russell L. Luckow at the University Presbyterian Church in Madison.

Edna’s nursing career began at the University of Wisconsin Hospital in Madison and continued at the Medford (WI) Clinic and Hospital and St. Elizabeth Hospital. She then worked at the Appleton Medical Center for 29 years, before retiring in 1992.

Edna was a longtime and faithful member of First United Methodist Church where she sang in the church choir for nearly 50 years.  She also was a member of the Fox Cities Chaminade Women’s Chorus for over 40 years. She loved to garden and grew many varieties of flowers and vegetables over the years.   Edna was proud of Russell’s many years of involvement in Kiwanis International, supporting and traveling with him when he served his terms as Secretary/Treasurer and Governor of the Wisconsin-Upper Michigan District.  The wife of a World War II veteran, Edna was a member of the Johnston Blessman American Legion #60 Auxiliary.

Edna cherished the many relationships she established throughout her years, and especially valued those in her later years with the residents and staff at The Heritage community.

Memorial gifts can be directed to the following:

The family would like to thank Dr. Lee Vogel and the team of healthcare providers at Mosaic Family Health, the palliative care team at ThedaCare Regional Medical Center in Appleton and the staff at The Heritage for their thoughtful care of Edna.

The funeral services for Edna will be held at 11 a.m. on Friday, July 17 at FIRST UNITED METHODIST CHURCH, 325 East Franklin Street, Appleton, with Rev. Dave Farina officiating. Visitation will be held at the church from 10:00 AM until the time of the service, and entombment will take place at Highland Memorial Park.  Those in attendance are kindly ask to protect themselves and others by wearing a mask.