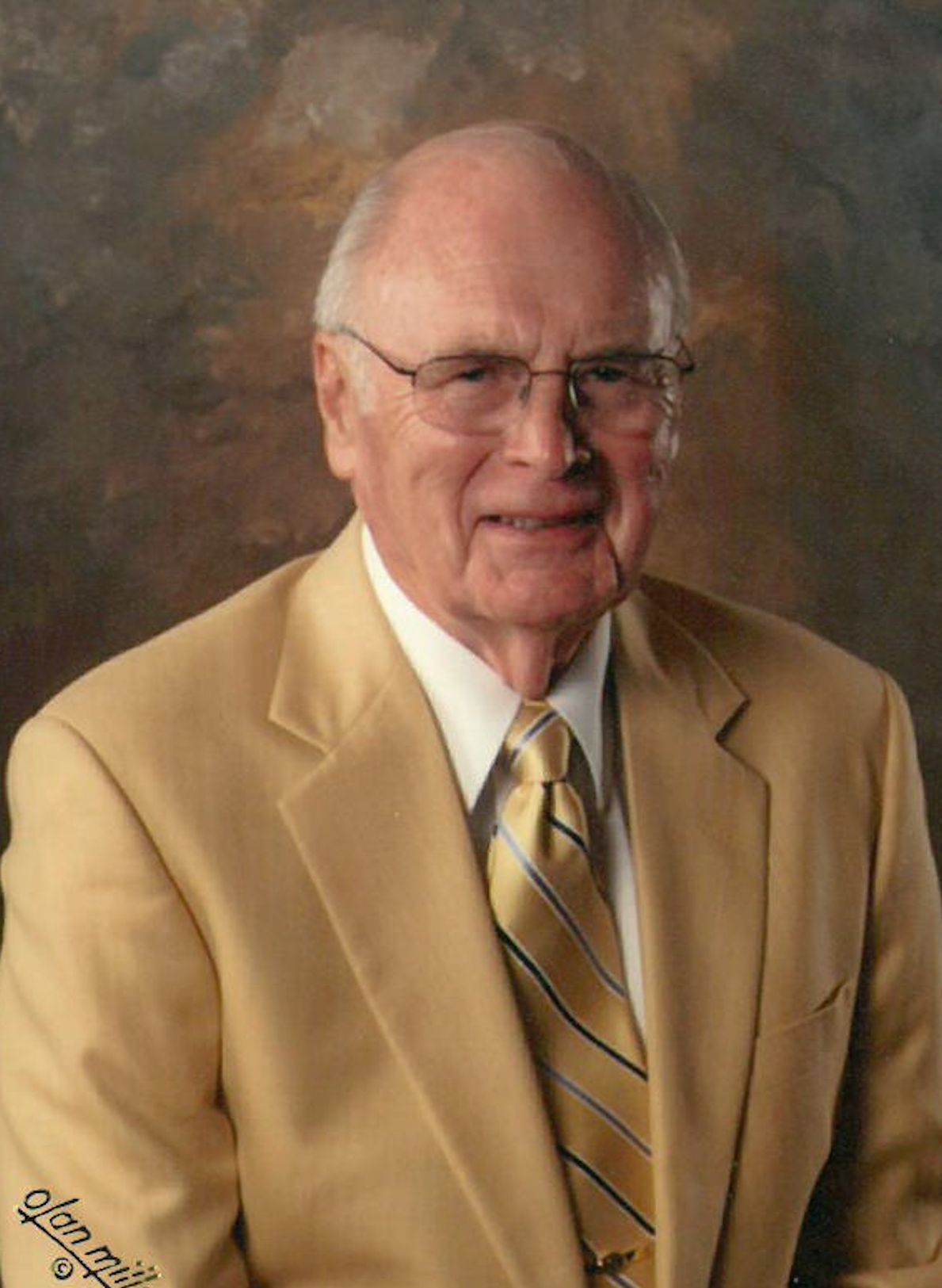 While alive, you are urged to draft a portion of your obituary. I opted to draft my part in the first person.

I was born May 6, 1930 in Woburn, Massachusetts, the son of Edmund W. (Sr.) and Dorothy (Graef) Sanderson. While the name “Edmund” had been in the family for generations, neither I nor my father liked it. After he entered college, he became known as Sandy, and he started calling me “Teddy” shortly after I was born.

I spent most of my childhood in Schenectady, New York, where in high school I met the love of my life, the former Ann Ashley, whom I had the extremely good fortune and good sense to marry on February 8, 1951. Together we celebrated 69 years of marriage and raised two children, of whom both of us have been and are intensely proud: Peter A. (Catherine) Sanderson, of Plover, Wisconsin, and Deborah A. (Dan) Gibson of Omro, Wisconsin. In our life together, Ann and I lived primarily in the Fox cities area of Wisconsin, the greater Naples, Florida area and Egg Harbor, Wisconsin. During relatively short periods of time we lived in Hanover, New Hampshire; Rochester, New York; St. Joseph, Michigan; Redding, California and Aiken, South Carolina.

I graduated from Dartmouth College in 1952 and the Amos Tuck School of Business Administration in 1953.   After serving three years in the US Navy, I had the good fortune to spend most of my working career (27 years) with Kimberly-Clark Corporation. During this period, I served in a succession of capacities in the finance, management and administration areas. Before I retired in 1987, I was Senior Vice President and Secretary.

During the 1970s and early 80s I was a member of the Board of Directors of Appleton Memorial Hospital (now Theda Care Regional Medical Center – Appleton), serving initially as Treasurer and later as Chairman of the Board. In Florida I served on the boards of directors of two high-rise condominiums (as treasurer of one and president of the other) and also in several capacities for the United Church of Marco Island. Ann and I were also members of the Naples United Church of Christ and of the First Congregational United Church of Christ in Appleton, WI.

Both Ann and I strongly believed that we should not make any irrevocable decisions in retirement because our perspective would probably change much more frequently than during my working years. This led to the ownership of a succession of homes and of both sail and power boats in Florida and Wisconsin following retirement, for which I received considerable kidding. The last boat I owned was “Last Boat 12”.

I am drafting this portion of my obituary while I am in my eighties. While I do not know what is coming next in my life, I do know that I can confidently say that during a large preponderance of my life I have been happy and extremely fortunate. For this I am extremely grateful to Ann, our children, my parents and their forebears and the many individuals who at various times extended a helping hand; provided advice and support; in some cases opened doors for me that would probably otherwise not have been available and in various ways taught me that “the harder you work the luckier you get”.

Ted was preceded in death by his parents, sister Sandy and brother in-law Neil Moynihan of Schenectady New York.

A celebration of life will be scheduled when conditions permit. Memorials to the American Heart Association or to First Congregational UCC in Ted’s name are appreciated.