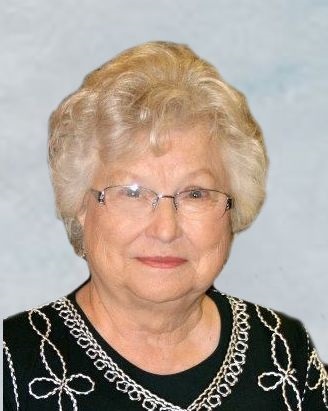 Edith Rose (Gehrt) Liebzeit was welcomed to God's glory on April 10, 2016, due to complications from cancer at age 84. She was born on November 28, 1931 in the Town of Matteson, Waupaca County, Wisconsin, to Leonard and Elsie (Harke) Gehrt. Known to many as Tootie or Toots, Edie was baptized on December 6, 1931, and confirmed on May 9, 1946, at Zion Lutheran Church in Embarrass, Wisconsin, and grew up on her father's farm with one sister and eight brothers. She attended Embarrass State Grade School and graduated in 1949 from Clintonville High School.

At age 17, Edie took the bus to Appleton. On her first day in Appleton she was hired by Appleton Motors Company, where she would soon meet the love of her life, John H. Liebzeit. They were joined in marriage at Zion Lutheran Church on October 21, 1950. They worked together operating the Dairy Queen Restaurant and Appleton Mobile Home Sales. John and Edie spent 55 wonderful years loving each other, enjoying their Lake Haus they built together on Legend Lake, raising their family, and traveling until John passed away from cancer on December 22, 2005. She joined St. Matthew Lutheran Church in Appleton in 1950 and was very active in the church and school. She was a member of Dorcas Mission Society and Ladies Aid, and was extremely proud that all of her children and grandchildren attended Lutheran grade schools. She also was a member of the Appleton Medical Center Auxiliary.

Most of her married years were spent being a wonderful mother to her six children, but also helping John with his businesses and working at Valley Banks for 11 years.
Edith is survived by her six children: Jack (Carol) Liebzeit, Connie (Gary) Vanden Heuvel, Cheryl (Paul) Schuette, Cindy (Cliff) Schneider, Mark (Shellie) Liebzeit, and Ben (Julie) Liebzeit.

Mom loved her family, her Lake Haus, flowers, hummingbirds, creating and serving wonderful holiday meals. She had many friends whom she enjoyed. She was like a breath of fresh air when she walked into a room with her beautiful smile and a twinkle in her eyes. She had a giving, optimistic heart and was the first one to bring a meal to someone, especially her neighbors or those who were ill.

The Christian Funeral Service for Edie will be held at 11:00 AM on Wednesday, April 13, 2016 at St. Matthew Ev. Lutheran Church, 129 South Mason Street in Appleton, with Rev. Thomas Mielke officiating. Family and friends are invited to gather AT THE CHURCH on Tuesday from 4:00 PM until 8:OO PM and again on Wednesday morning from 9:30 AM until the hour of the service.

Special thank you to Dr. Guenther and his assistants Nancy and Jenn, the staff at FVHO, and others who helped her during her journey. She fought cancer three times and always had a positive attitude that was admired. What a remarkable woman.