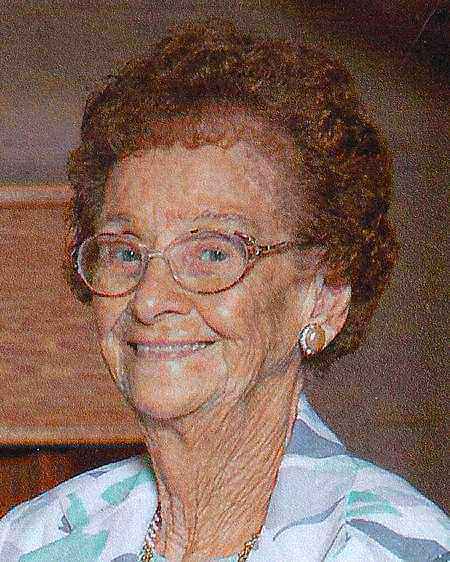 A beautiful lady who danced her way into the hearts of family and friends passed away on Thursday, July 14, 20ll. Jiggs (who shared with us that she got her nick-name by always dancing on tables when she was a toddler) was born in Bryant, Wisconsin on January 17, 1923 to Willis and Helen ( Linden) Jones. She married Edward Duncan in 1940 and they were blessed with Helen, Ed, Polly, Kenny and Kathy. Edward passed away in 1953. In 1957, Mom married Raymond Lenzner and he brought Tom, Sandy and Jerry to the family. In 1962 the birth of Willis (Bill) completed the family. Ray passed away in 1988.

While living in Antigo, Mom was an active member of the Baptist church, worked in housekeeping at the Edge of Night Motel and was well-known for the beautiful flower gardens surrounding her yard and her large vegetable gardens.

Prior to moving to Appleton in 1986, Mom and Ray were Green Bay Packer season ticket holders and never missed a game. After Ray's passing she remained an avid Packer fan who, with her best friend Dorothy, could be found watching every Packer game at her son Eddie's or daughter Helen's home. While living in Appleton, Mom participated in many Salvation Army activities, enjoyed going to the casinos with her granddaughter Kim and daughter Helen, playing bingo and loved watching American Idol and Survivor on television. Special memories were made at the family cottage on Lower Clear Lake with many fishing stories (always including about the one that got away) and family gatherings. Prior to her illness, her suitcase was always ready for a trip, be it to Branson, Missouri, Tennessee, Minnesota, Colorado, Wyoming or Pennsylvania.

To residents of John Fischer Manor – the friendships established over the years when Mom resided there meant more to her than many of you will ever realize – she may be gone but she will never be forgotten.

Mom was preceded in death by her parents, her step-mother Mable Jones, both husbands Ed and Ray, her brothers Alvin (Brother) and Milton (Punk) along with her son Kenny and his wife Debbie, her grandson David Zoern, a step-grandson Troy Beland and a special sister-in-law and brother-in-law, Dodie and Tuff Listle.

The funeral service will be at 12:00 p.m. noon on Monday, July 18, 2011, with Salvation Army Major Edward Jarvis officiating. Friends and family will be received at the Wichmann Funeral Home – Tri-County Chapel, 3212 S. Oneida St., Menasha from 10:00 a.m. to the time of the service. Interment will be in Bryant, Wisconsin. A memorial fund is being established.

While we would like to take this opportunity to express a sincere thank you to friends and family who have been keeping Mom in their thoughts and prayers during her illness, a special thank you to Lorie with the Affinity Hospice program and the staff at Oakridge Gardens – especially Marie, Gordana and Jill – thank you for caring.

Mom-Grandma-Great-Grandma and friend-we will carry your love in our hearts forever. Precious moments-now precious memories.