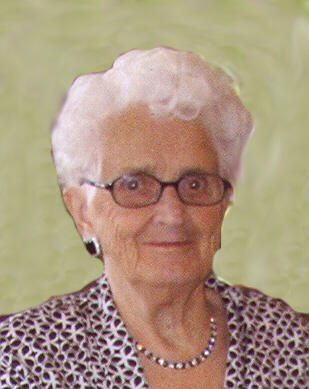 Edith M. Brown, 84, of Appleton passed away on Tuesday, October 19, 2010 at St. Elizabeth Hospital. Edith was born on February 21, 1926 to Ervin and Alvina (Pommerening) Buell in Phelps. She married Elmer Brown on November 21, 1946 at St. Joseph's Catholic Church. Together they did a lot of traveling and in the later years spent their winters in Arizona. She always had snacks and ice cream for her grandchildren when they would stop by and visit. Edith was also a big sports fan and loved football, especially the Packers. She had a great sense of humor, a bit witty at times, made friends everywhere she went and even enjoyed a beer or two.

Edith was preceded in death by her parents, her husband, a son William, a daughter Sandra Larson, 5 brothers; Myron, Lowell, Harold, Alvin and an infant brother Herbert Buell, and 2 sisters Mabel Kuehnke, and Bertha Volkmann.

A funeral service for Edith will be held on Monday, October 25, 2010 at 11 AM at the WICHMANN FUNERAL HOME with Deacon Rick Simon officiating. Friends may call on Sunday, October 24, 2010 from 3 until 7 PM at the funeral home and on Monday from 10 AM until the time of the service, also at the funeral home. The family would like to thank her good friends at Randall Court Apartments, the staff at Rennes and St. Elizabeth Hospital for everything they did. Memorials may be made in Edith's name to the American Diabetes Association.

Edith loved spending time with her children, grandchildren and great grandchildren. They meant everything to her. She will be greatly missed.