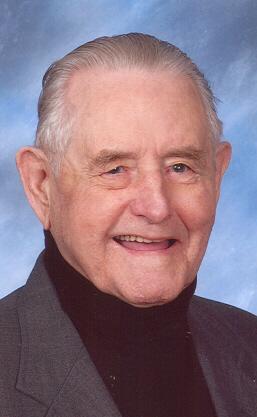 Age 95, passed away at Appleton Medical Center on Friday, October 22, 2010. He was born in Townsend on April 8, 1915 the son of the late Wilton and Clara (Isaacson) Ehrhardt. On June 25, 1945 he married Dorothy Alft in Fort Gordon, GA. She preceded him in death in 1992. Earl served in the United States Army, in the Philippines, from 1945 to 1946. He had numerous occupations including: farming, logging, the CCC‚Äôs, masonry, and retired as a mechanic for Wisconsin Bell for 28 years. Earl enjoyed hunting, fishing, and being in the woods. He will be especially remembered for his dedication to his faith and family.

The funeral service will be at 2:30 p.m. on Monday, October 25, 2010 at FAITH LUTHERAN CHURCH, 601 E. Glendale Ave., Appleton, with Rev. Daniel Thews officiating. Friends will be received at the church on Monday from 11:00 a.m. until the time of the service. Burial will be in Riverside Cemetery, Appleton.

A memorial fund in Earl‚Äôs name is being established for Faith Lutheran Church.