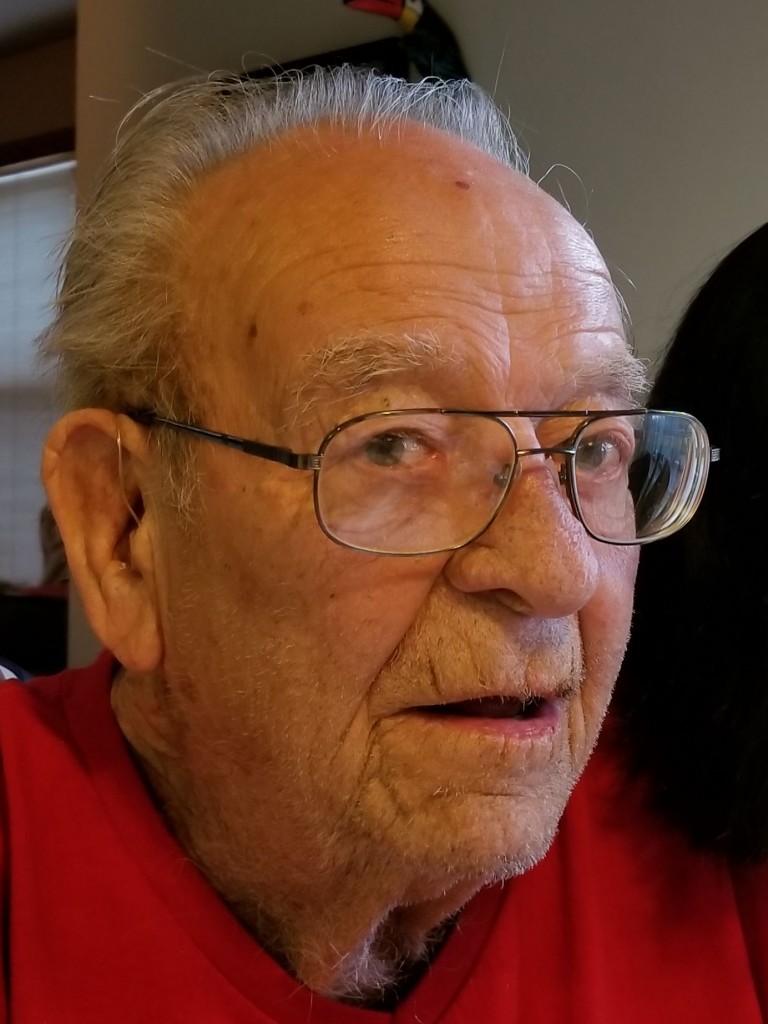 Passed away unexpectedly at his home in Kaukauna along with his beloved cat Oscar on March 4, 2018 at the age of 91. Earl was born on March 8, 1926 to Roy and Pearl Burr in Milwaukee, Wisconsin. Earl enlisted in the U. S. Navy during WWII and served aboard the LST-836. Earl was joined in marriage to Carolyn Hauser on June 20, 1950.

Earl was employed by Meyer Services, a family owned business where he felt like part of the family. Earl was known for his one liners, and his “love of life and pursuit of happiness”. He fulfilled his pursuit of happiness on the water by sailing and making many lifelong friends.

Earl is survived by his daughters Jean (John Endsley) Wadley and Judy (Bernie) Koster. Grandfather of Josh (Jamie) Wadley of Utah, Shaun (Tina) Wadley of Utah, Kati Koster of California, and Tyler (Eunice) Koster of New York. Great grandfather of Gavin, Teagen, Cora, Brooklynn, Joslynn of Utah and another great grandson on the way. Brother of Sue Contardi of Minnesota. Further survived by numerous nieces, nephews, other relatives and friends.

Earl is preceded in death by his wife Carolyn, his parents, and brothers William Martin and John Slapp.

Memorial visitation will be held at Wichmann Funeral Home, 537 N. Superior Street on Tuesday March 13, 2018 from 4:00 PM to 7:00 PM. Memorial service at 7:00 PM with Military Honors to follow. Earl will be laid to rest privately at a future date. Memorials to Saving Paws in Earl’s name are appreciated. Earl’s family would like to thank the members of the Outagamie County Sherriff’s Department, Town of Kaukauna Fire Department, and all of his neighbors on Cindy Ann Lane in Kaukauna.