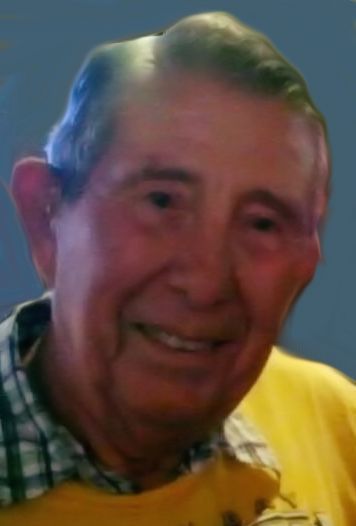 Earl “Nip” Rudolph Strick, 88 years, born to eternal life April 5, 2017 at Thedacare Regional Hospital – Neenah surrounded in the comfort of his loved ones. He was born on January 23, 1929 at the family home in Little Chute to his parents Arnold and Blanche (Pennings) Strick. Young Earl pulled the ropes of the ferry to cross the river between Little Chute and Kimberly, to get workers to and from the Mill. He was a graduate of St. john High School, Class of 1946. He spent his career at Kimberly-Clark Paper Mill starting as an apprentice, taking on-the-job training to become a millwright and proudly retiring in 1984. On June 11, 1949 he married the love of his life Lois Jean (Bastian) Strick at St. John Catholic Church in Little Chute.

Earl was a believer in making his Kimberly community around him better by volunteering as a Fireman for 30+ years, sitting on the water commission, and being involved in his condo association. His personal talents were shown in his ability to craft with wood. He could rough finish a closet, cane a seat of a glider rocker, refinish old furniture, building a pool table from scratch or a cradle for his beloved grandchildren. He was most proud of his decades of donating blood to the Blood Center, donating beyond 50 gallons over the years. His community recognized his dedication by presenting him with the inaugural Marie Rice Citizenship Award.

The Green Bay Packers were an integral part of Earl's life. He inherited tickets from his father-in-law for the new “City Field” games and attended the home games each gameday until his late 80's. He shared the tickets with family and friends many times. He and his wife Lois enjoyed dancing, bowling, snow-bird travel to Las Vegas, or having quality family time at the cottage at Shawno Lake. Earl looked forward to seeing his grandchildren at a variety of school activities.

A Mass of Resurrection for Earl will be held on Monday, April 10, 2017 at 6 pm at Holy Spirit Catholic Church – Kimberly Site, 600 E. Kimberly Ave., Kimberly. Fr. Bob Kollath celebrant. Private interment Holy Name Cemetery. Family and friends may gather, at the Church, from 4 pm until time of Mass.

The family of Earl thanks the staff at Thedacare Regional Medical Center-Neenah for their professional and loving care of him.