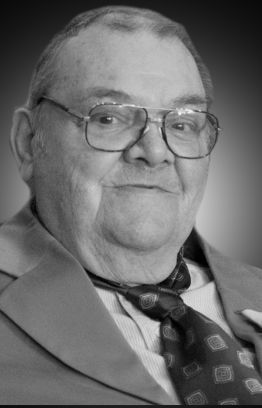 Earl Euclide, 81 of Appleton, passed away at St. Elizabeth Hospital in Appleton on Sunday morning, June 11, 2017. Earl was born in Brussels, Wisconsin, on December 12, 1935, son of the late Joseph and Lena (Mathy) Euclide. He was a 1953 graduate of Seymour High School and a 1956 graduate of Outagamie County College. He also attended summer school at the University of Wisconsin – Oshkosh. On July 4, 1956, Donna Mae Short became his bride, and the couple spent many happy years together until her death in 2014.

Earl taught school for six years, then worked at Giddings and Lewis in Kaukauna for nine years, and finished his career in 1992 at the Kimberly Clark Atlas mill where he was employed for over twenty years. He was a member of St. Thomas More Catholic Church, A.A.R.P., and had a wide variety of hobbies, including bowling, fishing, sports of all kinds, game shows, traveling, pitching horse shoes, playing cards, gardening, getting together with family and friends, and coaching youth sports.

The funeral liturgy for Earl will be held at 11:00 AM on Friday, June 16, 2017, at ST. THOMAS MORE CATHOLIC CHURCH, 1810 N. McDonald Street, with Fr. Gerald Falk officiating. Family and friends are invited to gather AT THE CHURCH on Friday morning from 9:00 AM until the time of the service. Inurnment will take place at Highland Memorial Park.