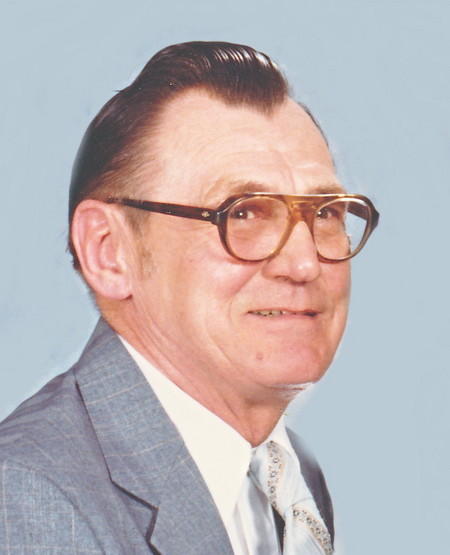 Earl C. Randall, of Appleton, age 91, passed away on Thursday, July 26, 2012 at Theda Clark Medical Center in Neenah. He was born on March 22, 1921 in Appleton, the son of the late Henry and Hattie (Schuelke) Fiebelkorn. Earl graduated from Appleton High School in 1939. On June 12, 1948, he married Agnes Nehring at Zion Lutheran Church. Earl served in the U.S. Army Air Corps during WWII in Europe. He received the Air Medal and Bronze Star during his 58 missions. Earl was a member of the Disabled American Veterans. He enjoyed bowling, playing cards, dancing, and playing with the dogs. Earl was an avid fan of the Packers, Brewers, Badgers, and the Bucks.

Earl is survived by his loving wife of 64 years: Agnes Randall; children: Billy Richards and Linda Grasee; grandchildren: Mark and Becky Grasee and his sister-in-law: Geraldine Fiebelkorn. He is further survived by nieces, nephews, other relatives and friends. Earl was preceded in death by his brothers: Paul (Joan), William, and Hillard Fiebelkorn; sisters: Margaret (Oscar) Klause and Edna (Harold) Bermann.

The funeral service for Earl will be held at 11:00 am on Tuesday, July 31, 2012 at Wichmann Funeral Home, Tri-County Chapel. Rev. Michael Johnson will be officiating. Burial with full military honors will take place at Highland Memorial Park in Appleton. A visitation will be on Tuesday from 9:30 am until the time of service.