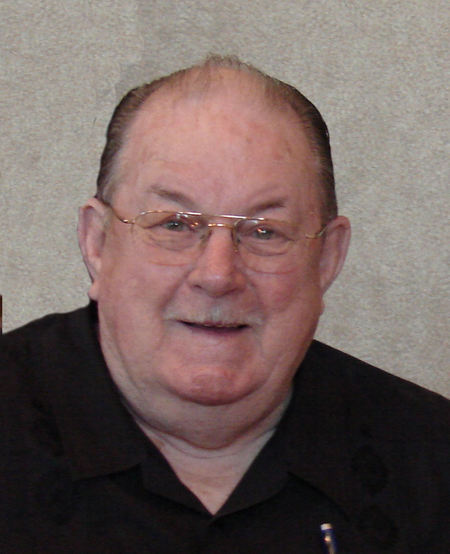 Earl Anderson, of Portage, age 78, passed away on Wednesday, August 8, 2012 at Appleton Medical Center. He was born on July 17, 1934, in Mazomanie, Wisconsin, the son of the late Cecil and Winifred (McLimans) Anderson. On March 17, 1982, he married Clara (nee Clark) Nelson. Andy served in the U.S. Navy. He was employed as a journeyman painter for the University of Wisconsin for many years, and retired from Penda Corporation in Portage. Andy was very involved with Hunter Safety, Ducks Unlimited, and the Masons. He enjoyed hunting and looked forward to the camaraderie with his friends on Clark's land and the cabin up north. Most of all, Andy loved spending time with his children and grandchildren.

The memorial service for Andy will be held at 11:00 am on Saturday, August 11, 2012 at Moundville United Methodist Church in Endeavor. Rev. Julie Wilson will be officiating. Inurnment will take place at a future date in the church cemetery. The family will receive relatives and friends from 10:00 am until the time of service. In lieu of flowers, a memorial fund has been established in his name. Online condolences can be expressed at www.wichmannfargo.com.