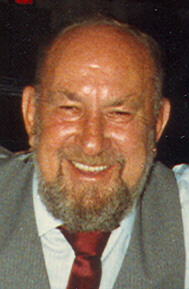 Age 75, passed away with his son, Paul, by his side at Appleton Medical Center on Monday, May 28, 2007. He was born in Appleton on September 29, 1931, son of the late Rueben and Stella (Schultz) Nickasch. On March 12, 1966 he married Bette (Blahnik-Frye) Spilman. Nick was employed by the City of Appleton as the groundskeeper for Goodland Field, home of the Appleton Foxes. Nick was a member of the Loyal Order of the Moose Lodge #367 in Appleton. He played many sports including high school football and basketball. He enjoyed playing baseball, softball, bowling, as well as officiating and coaching many sports. He was proud of his two ‚Äú300‚Äù and one ‚Äú299‚Äù bowling scores. His hobbies included playing cards and being a very avid fisherman at the cottage on Lake Poygan. His two young granddaughters were his pride and joy.

The funeral service will be at 2:00 p.m. on Thursday, May 31, 2007 at Highland Memorial Park, Star of Hope Chapel, 3131 North Richmond St., Appleton, with Rev. Wendy Wirth-Brock officiating. Friends will be received at the chapel from 12:00 p.m. until the time of the service. Entombment will follow the service.

The family extends a special thank you to the staff at Oakridge Gardens and the Chaplain and staff at Appleton Medical Center for their loving care.

A memorial fund in the Nickasch family name is being established.