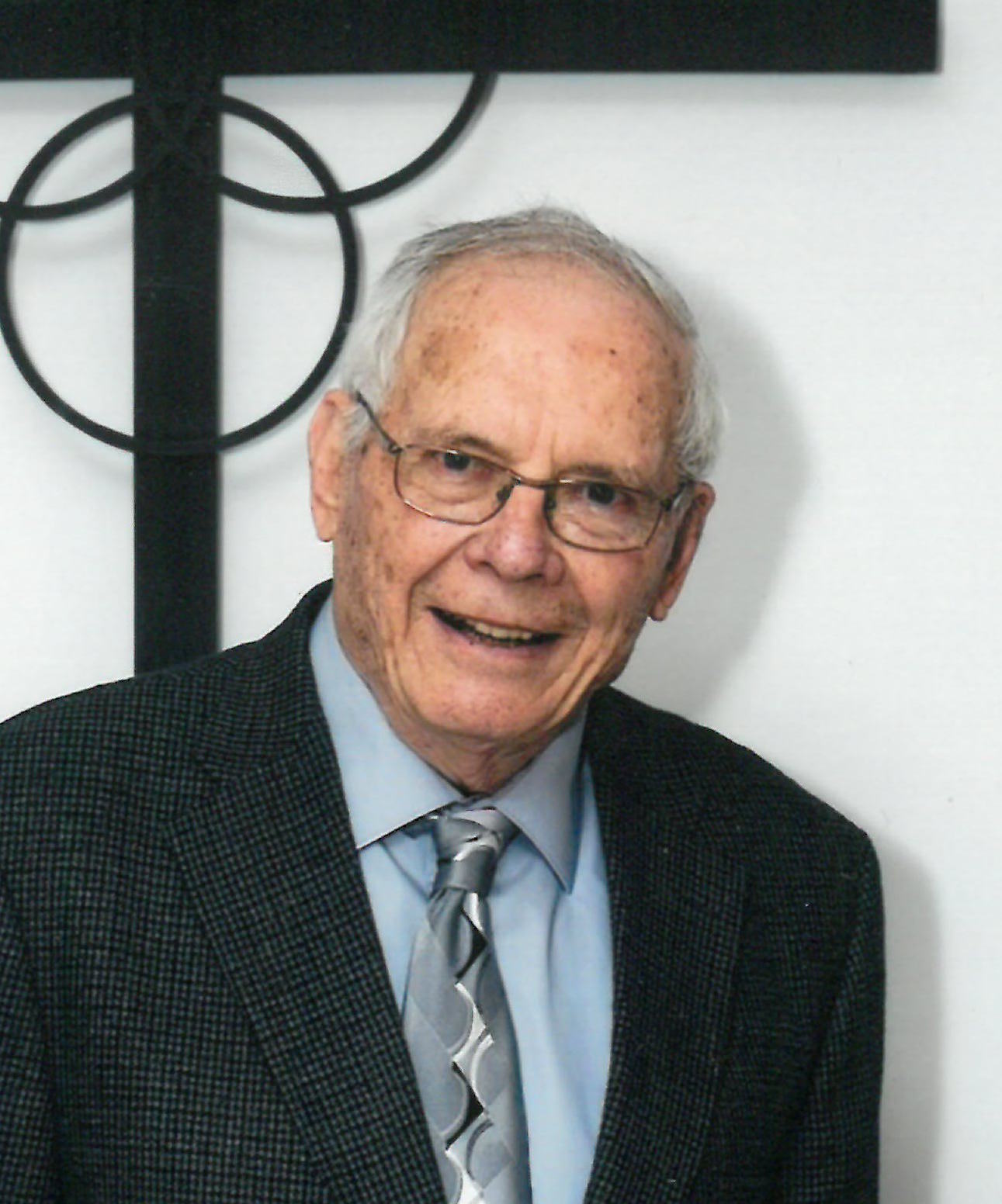 Duane V. Nelson, age 85, passed away on February 15, 2016. He was born on April 5, 1930 in Fargo, ND to the late Bennie and Clara (Hansen) Nelson. Duane graduated from Concordia College in 1951 and went on to teach in High School in Enderlin, ND. Duane was drafted into the US Marine Corps in 1952 and served his country while stationed in California until he was honorably discharged in 1954. He moved to Minnesota and enrolled at Luther Seminary in the fall of 1954. On June 11, 1955 he married Betty Ann Hammer in Swea City, IA who he had met while stationed in California. In 1958 he graduated from Luther Seminary and took his first call to Pleasant Valley Lutheran Church in Vermillion, SD and First Lutheran Church in Wakonda, SD and served both parishes. He then went on to serve at Grace Lutheran in Dodgeville, Good Shepherd in Viroqua and Bethlehem Lutheran Church in Mosinee. In 1992, Duane and Betty Ann retired to Schofield, where they lived until moving to the Fox Valley in 2006. Duane was an avid gardener and very talented wood worker. He was a loyal member of Prince of Peace Lutheran Church in Appleton for nearly ten years. Duane was also a member of the Sons of Norway and the Kiwanis Club.

He was preceded in death by his brothers-in-law: David Nelson, Eugene Ganung, Rev. Paul Ranum.

The memorial service for Duane will be held at 11:00 AM on Thursday, February 18, 2016 at Prince of Peace Lutheran Church (2330 E. Calumet St., Appleton) with Rev. Roger McQuistion officiating. Visitation will be held from 9:00 AM until the time of service. In lieu of flowers, memorials may be directed to Prince of Peace Lutheran Church or a charity of your choosing.

The family would like to extend a thank you to the nurses and staff at both Atrium of Appleton and St. Elizabeth Hospital second floor for the care given to Duane. Also, a special thank you to Pastor Roger McQuistion for guidance and time spent with the family.