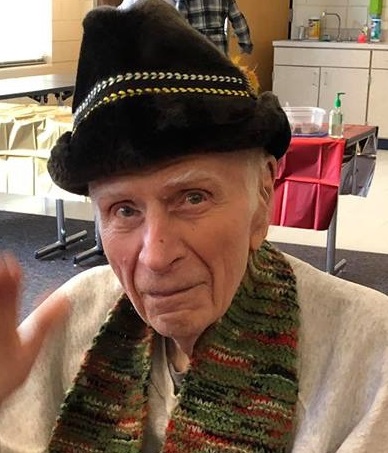 A man who lived his life guided by the principles of family, faith and frugality, with an added dash of good humor, Al would gladly tell you his nickname was short for Almighty.

Al showcased his athletic prowess on Appleton High School’s football field, basketball court and tennis courts and went on to play football at the University of Maryland. He later used those talents to guide his children and grandchildren in school and youth sports, as well as epic backyard wiffle ball and croquet contests. His passion for football would see him become an avid Packer fan.

After serving his country as a second lieutenant with the Army’s 9th Traffic Regulation Group in World War II, Al returned home from Germany to begin his University Studies at Northwestern University. He and high school sweetheart Dorothy Kuehmsted were married on August 2, 1948. Together they raised 8 children.

Al was a lifelong member of St. Joseph Parish, where he utilized his financial planning acumen to serve their Finance Committee for many years. His devotion to his faith was evidenced by his support of Catholic Education, as he sent all 8 of his children to St. Joseph and Xavier Catholic Schools for 12 years.

Shortly after completing his MBA at Northwestern University, Al embarked on a lengthy career at Giddings and Lewis Manufacturing in Kaukauna and then Fond du Lac, retiring as a Vice President of Data Processing.

He enjoyed the many hours fishing on Lake Winnebago, chasing a golf ball around the links with work friends, tinkering and fixing (waste not want not), or competing simultaneously with up to 8 opponents in concurrent chess matches. As a Class A Midwest Champion with an Expert Class ranking, chess was a perfect extension of his persistence and ability to see all possible solutions to any problem. His skill at the chess table won him numerous city and regional tournaments over the years.

Al’s passion for family led him to meticulously research his family tree. He delighted in tracking down various branches, traveling to Boston for research, and Utah and Connecticut to attend Bates Association gatherings.

A family man. A frugal man. A get it done man. Take pride in doing it well man. A husband. Father. Father in law. Grandpa. Great Grandpa. Uncle. He leaves a legacy of love and laughter.

He was preceded in death by Dorothy, his wife of 51 years, his daughter Ellen, infant son James, his parents, sister Lucille, son-in-law Richard Felix and great grandson Isaiah Olson.