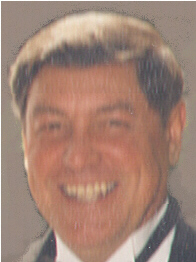 Roger F. Mosher, 76, passed away on Dec. 27, 2010, from metastatic prostate cancer while at home, encircled in the loving arms of his wife and surrounded by his children. He was born on Jan. 15, 1934 in Potsdam, NY to Frank H. & Lucille C. Mosher. Roger grew up, the oldest of three children, in the small town of Pulaski, NY, where, even as a boy, he worked hard and held many jobs. Upon visiting his home town in his later years he was proud to point out to his children all the houses and churches he painted. He also worked as a short-order cook at the local bowling alley, a paper boy, and provided lawn care and snow removal services. Later he became a journeyman electrician and worked alongside his father and brother on many jobs, including the St. Lawrence Seaway Project, and continued to share his handyman skills with friends and family throughout his life. At an early age he learned the value of a dollar and the importance of saving, lessons that would serve him and others well during his life. He graduated from Pulaski Academy and Central School in 1951 and Hamilton College, Clinton, NY, in 1956 with a B.S. in Chemistry. He served in the U.S. Army for 2 years in the Physiology Department doing Research and Development. After completing his military service he went to the Univ. of Pennsylvania Dental School, graduating in 1962, followed by one year at the Univ. of Pennsylvania Graduate School of Medicine. He completed a three-year residency program at Episcopal Hospital in Philadelphia in Oral & Maxillofacial Surgery, later becoming Board Certified in the specialty. While in Philadelphia he met Dr. Roger Comeau and together they developed a shared vision of a business model for opening an Oral & Maxillofacial Surgery practice.

He found “his bride” and soulmate, Marilyn Merrick, at Penn Dental School and married her in 1964. Together they moved to Appleton in 1965 where he opened the first Oral and Maxillofacial Surgery practice in the Fox Valley. Roger quickly became an active member of his new community. He joined the First Congregational Church where he taught Sunday School and served on numerous boards and commissions over the years. He was a past Director of the Appleton Area Chamber of Commerce, a past President of the Appleton Golden Age Club Board of Directors, a Menominee County Board Supervisor, and also took a leading role in many other community activities. Many will remember him as Chair of the original Neola Thompson House Building Committee as well as his many contributions to NAMI Fox Valley, including Chair of the NAMI Fox Valley Endowment Board since its inception. Roger was an incredible business man and a wise soul who was sought out by many – young and old – for his advice and wisdom. But above all he loved and cherished his family and especially the 36 years spent on Moshawquit Lake enjoying his children and grandchildren.

A memorial service for Roger will be held at 1:00 PM on Tuesday, January 4, 2011 at FIRST CONGREGATIONAL UNITED CHURCH OF CHRIST, 724 E. South River Street in Appleton with Rev. Steve Savides officiating. Friends may call at the church on Tuesday from 11:30 AM until the hour of the service. In lieu of flowers, donations can be made to the NAMI Fox Valley Endowment Fund, 516 W. Sixth Street, Appleton, WI 54911 or a charity of your choice.