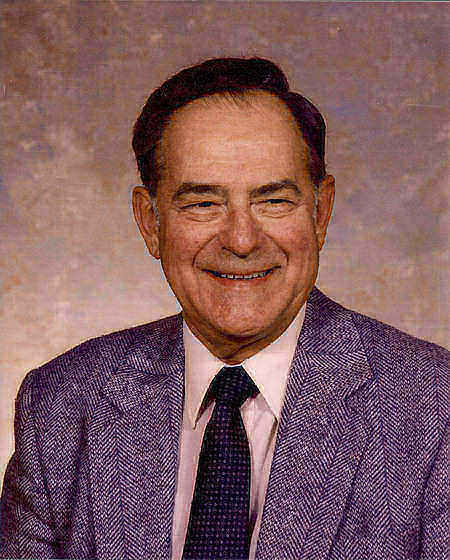 Robert T. Dejmek, O.D., passed away on October 6, 2012 at St. Elizabeth Hospital from complications following a fall. Dr. Dejmek was preceded in death by his wife of forty-two years, Marian (Ray); his father, Fredrick; his mother, Agnes (Strouf); his sister and brother-in-law, Lila (Harold) Mickelson; and his son-in-law, Ralph O. Kennedy II.

Bob was a native of Niagara, WI and proudly served in the Army Air Corps in the European theatre from 1942-1945. Upon returning to the States, Bob attended Hamline University in St. Paul, MN, and received his doctorate from Southern College of Optometry in Memphis, TN.

Bob began his optometric practice in Appleton in the Valley Fair Shopping Mall in 1955. In 1977, his daughter Linda joined him in practice and they opened Appleton Eye Clinic, where she still practices. Bob retired in 1995 following 40 years of serving in a profession he truly loved.

“Dr. Bob” had a wide array of interests. He enjoyed hunting, boating, woodworking, gardening, cooking, and wine making, but his real passion was for flying his Cessna, and ultimately building and flying experimental aircraft.

Bob and his family enjoyed countless summers at their lake home outside of Shawano, Wisconsin, and traveled extensively throughout the United States and abroad. Bob will be dearly missed by his loving family and friends, and the many patients he served.

The family will receive relatives and friends on Saturday, October 13, 2012 from 10:00 AM until 11:30 AM at the Wichmann Funeral Home in Appleton. In lieu of flowers, memorial donations may be made to the St. Elizabeth Hospital Foundation.