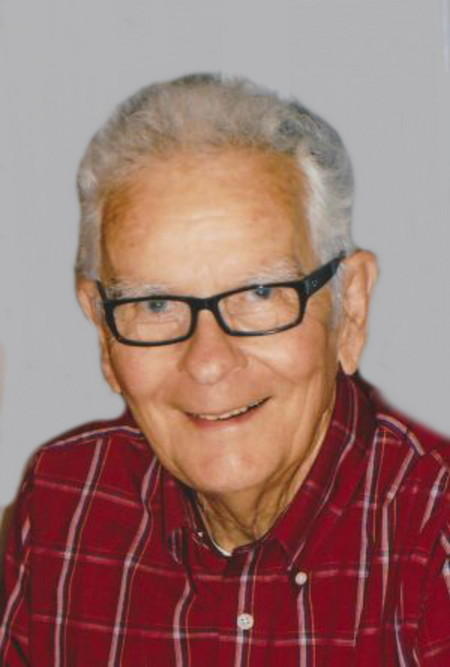 Richard Clark, 89, passed away peacefully October 22, 2012 at home with family at his side. The son of Richard F. and Adele R. (Garvoille) Clark, Richard was born February 11, 1923 in Belleville, Wisconsin. After serving in the army and graduating from the University of Wisconsin – Platteville, Richard earned a degree in dentistry from Loyola University in Chicago in 1950. He continued his training and residency in oral and maxillofacial surgery at the University of Texas – Galveston, and the University of Oklahoma in Oklahoma City. Upon establishing an oral surgery practice in Appleton in 1954, Richard met and married his wife, Janet Doll, on August 13, 1955.

Richard was a beloved husband, father and grandfather who was devoted to his family, church and community. He was a member of Holy Spirit Parish in Kimberly, serving on the church council and as an usher for many years. Throughout his working years and after retirement, Richard was active in a variety of organizations. He served as past president of Outagamie County Dental Society, Appleton Noon Lions Club and Serra Club. He was also a member of the Knights of Columbus and the American Legion.

Richard was preceded in death by his parents; a brother: Jim Clark of Poynette; a sister: Mary (Sherwood) Russell of Appleton; and his sisters-in-law and brothers-in- law: Jeanne (George) Dolan of Miami, Florida; Roland Doll of Omro; Raymond (Helen)Doll of Madison; George Doll of Berlin; Bill Doll of Rockford, Illinois; and Bob Doll of Appleton.

The funeral liturgy for Richard will be held at 11:00 AM on Monday, October 29, 2012 at HOLY SPIRIT CATHOLIC CHURCH, 600 E. Kimberly Avenue in Kimberly, with Msgr. James Vanden Hogen officiating. Interment will be in Highland Memorial Park. Friends may call directly at the church on Monday morning from 9:30 AM until the time of the mass.

The family wishes to sincerely thank Heartland Hospice nurses: Debbie, Mary, Vi and Christina for their kindness and wise counsel. Online condolences may be offered at www.wichmannfargo.com.