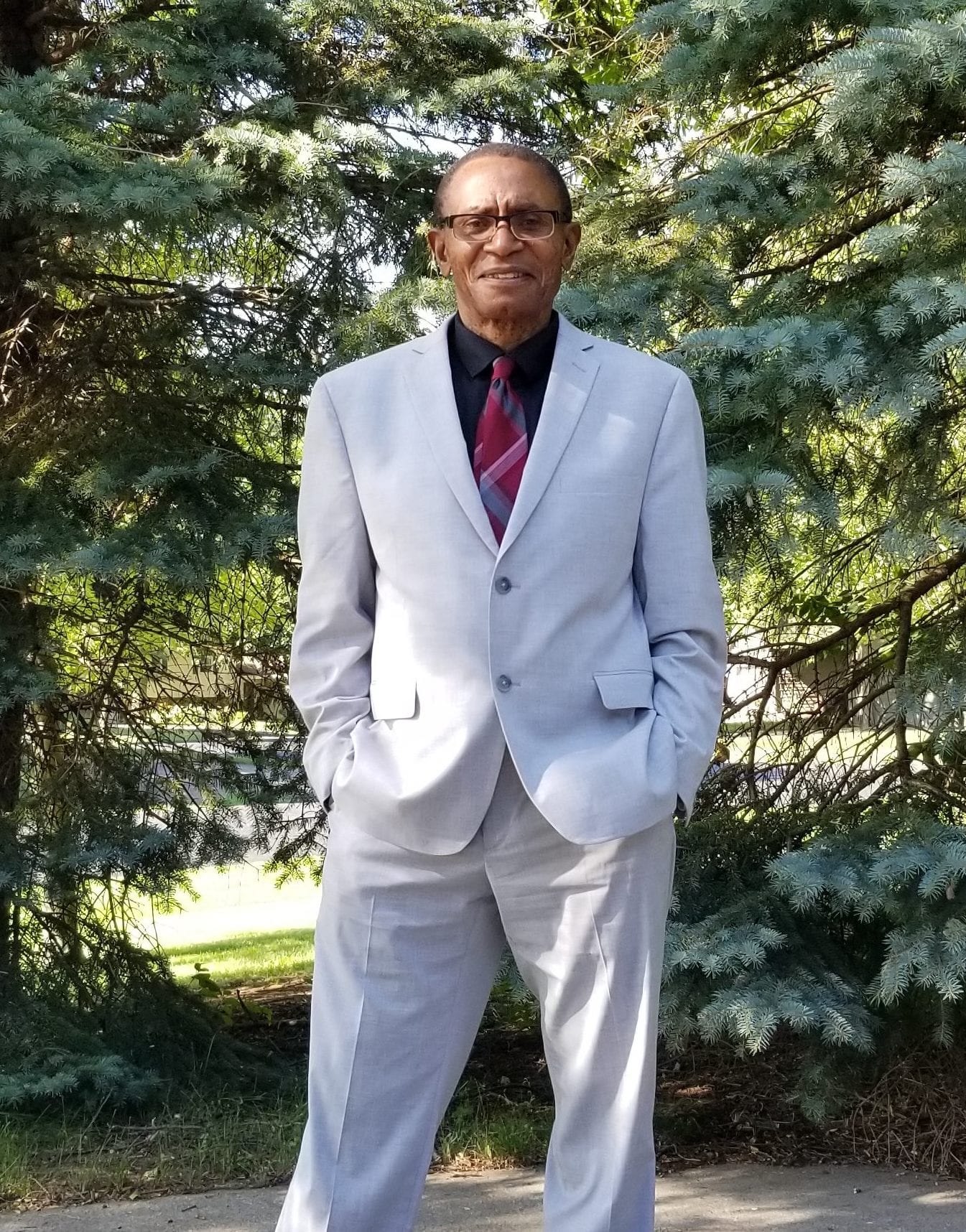 John Lifongo Vetinde, a dedicated Lawrence University professor who through his work on and off campus looked to make the world around him a more informed and compassionate place, died Thursday, Jan. 30, following surgery. He was 64.

He is survived by his wife, Eposi Esoka Lifongo, two daughters, Agnès (Charles) Boland and Naomi Nyeme, a brother, Ike, two sisters, Elizabeth and Mary, and a granddaughter, Victoria.

After completing his primary school education, he was admitted at St Paul’s Teachers Training College (SPTTC) in Bonjongo in 1969. He studied for five years and qualified as a Grade II Teacher in 1974 — before his 19th birthday.

As a primary school teacher, Lifongo was well loved by his colleagues and pupils. He excelled at his job and enjoyed teaching the young students, but Lifongo also believed life’s possibilities were limitless. On self-study, he wrote and passed the University of London General Certificate of Education Advanced Level, which qualified him for admission into tertiary education institutions. As a man of distinct rare qualities, he ventured into Language Literature, culminating in a Ph.D. in African Literature Studies.

Lifongo then taught in high schools in Cameroon before moving to the United States, eventually joining the faculty at Lawrence University in Appleton, Wisconsin, in 1996. He progressed from assistant professor to associate professor to professor. His work is reflected in many scholarly journals, which can be readily found on Google Scholar and Researchgate.

A professor of French, Lifongo was a scholar of Francophone literature and cinema who also taught French language courses and on multiple occasions led Lawrence’s Francophone Seminar program in Dakar, Senegal. He earned a Fulbright Teaching and Research Fellowship in 2012-13.

He also was deeply devoted to working on issues of social justice, diversity, and inclusion throughout his career.

“I will always remember Lifongo as the warmest, kindest, and most generous, joyful, and magnanimous of colleagues and friends,” said Dominica Chang, who worked closely with Lifongo as a member of the French faculty at Lawrence.  “My lunch with him during my job visit over a decade ago was what convinced me that Lawrence was a place I could call home.”

Lifongo was active in a range of scholarly pursuits, from co-editing a book on Senegalese film director and writer Ousmane Sembène to organizing symposiums and roundtables on important topics of the day.

But his primary focus and love was teaching. He embraced Lawrence’s small class sizes because it allowed him to engage one-on-one with his students. He was adamant that students needed to experience the world to better understand both the challenges and the opportunities ahead, and he pushed them to travel abroad and to have inquisitive minds about the cultures they would encounter.

“We live in an increasingly globalized world in which interactions with people from different parts of the world and cultural backgrounds are ineluctable,” Lifongo said in a 2016 interview for Lawrence magazine. “For one to interact productively with others, cultural literacy is crucial. There is no better way for students to gain such knowledge than by going abroad.”

It was the francophone African literature and the study abroad experience in the Francophone Seminar program, in which Lifongo led Lawrence students to Dakar on at least five different occasions, that were particularly close to his heart.

“He had a mission to dispel stereotypes and ignorance about the African continent and helped his students discover the rich, cultural histories and varied cultural realities, especially post-colonially,” said Eilene Hoft-March, the Milwaukee-Downer College and College Endowment Association Professor of Liberal Studies and professor of French. “He wanted students, most especially American students, to experience Africa by traveling to Senegal, which is our prize program in French and Francophone Studies.”

Outside of the classroom and his social activism, Lifongo had a passion for playing and watching football (soccer), reading, and listening to music — he professed a love of the storytelling in old-time country music. His family also will attest to his dancing abilities and passion for helping elementary school students in his native Cameroon. Though very private, Lifongo enjoyed pioneering and participating actively in cultural activities that enhanced tribal visibility. He was a member of Fako America and once served as its director of communication. He was the president and chair of the Board of Trustees of Fako Development Organization (FADO), which is dedicated to the improvement of life of the people of Fako Division, South West Region in Cameroon, in the areas of education, health, economic development, information technology, and recreation.

He was a fundamental Christian with strong Catholic views and never at any point compromised his beliefs.

At Lawrence, Vetinde’s friendships with colleagues were deep and impactful. And his work with Freshman Studies through the years gave him connections with students all across campus.

“He was big-hearted and wise, very discreet but with a terrific sense of humor,” Hoft-March said. “You had to watch for that twinkle in his eye that preceded a hearty laugh.”

The Fulbright Fellowship took Lifongo to Saint-Louis, Senegal, in West Africa, for 10 months, where he taught literature classes, including one that served as a comparative study of the works of such American writers as W.E.B. Dubois, Alice Walker, and Maya Angelou and those of Saint-Louisian writers such as Abdoulaye Sadji, Malick Fall, and Abdel Aziz Mayoro Diop. He also further studied notable Senegalese writers and the role they played in the emergence of Senegal’s national identity.

For Lawrence Provost and Dean of Faculty Catherine Gunther Kodat, Lifongo’s academic pursuits were personal. When he received promotion to full professor, she’s the one who presented him to the Lawrence Board of Trustees, giving her a chance to shine a spotlight on work he’s done that connected with her own academic history.

“It was a special perk for me because Lifongo’s areas of research included the work of the great Senegalese film director and writer Ousmane Sembène, whose novel God’s Bits of Wood I had taught for years,” Kodat said. “My admiration for Lifongo grew steadily from that early, happy connection as I got to know his work as a scholar; his warm, unassuming, and generous nature; and, above all, his selfless commitment to his students.”

Lifongo joined the Tenure Committee last year, further revealing “his integrity, his ability to balance empathy with rigor, and his sense of fairness,” Kodat said.

“Lifongo was a cherished member of our community; he will be sorely missed.”

The funeral liturgy for Lifongo will be held at 4:30 PM on Friday, February 28, 2020 at Sacred Heart Catholic Church (222 E. Fremont St., Appleton) with visitation being held from 3:00 PM until the time of mass. A celebration of his life will be held at 11:00 AM on Saturday, February 29, 2020 at Lawrence University Harper Hall and followed by a luncheon at the Warch Campus Center.