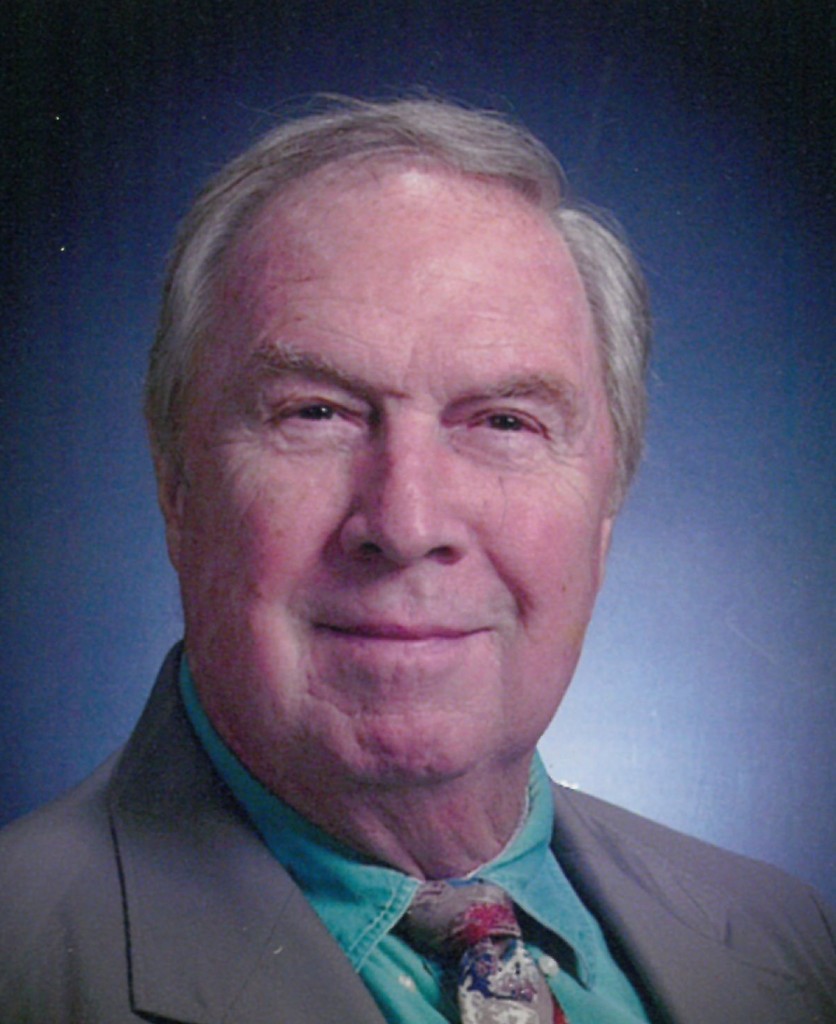 Dr. Jerome W. Riese, age 85, died on January 18, 2018. Jerome was born on May 2, 1932, in Freedom, Wisconsin, to Ferdinand and Anna (Williamson) Riese. He was blessed to have a mother who was a teacher, and both parents who encouraged his desire to achieve.

Jerome completed eight grades of elementary school at St. Nicholas School, Freedom, in seven years, at the head of his class. He graduated from St. Mary High School, Menasha, where he achieved many positions of leadership, including drum major, Sodality president, and prom king. He graduated valedictorian of his class.

Jerome entered graduate school at MIT in Boston with a teaching assistantship in the physics lab. He was awarded a National Science Foundation Fellowship in subsequent years at MIT, where he received his Ph.D. in Mathematical Physics in 1958.

Jerome's other Boston achievements included winning the lovely Maureen C. Fenlon, also a teacher, as his bride in December 1956, and the birth of their daughter, Ruth Anne, in 1958. After graduation, the new family moved to Wisconsin, where Jerry joined the R&E Department of Kimberly-Clark Corporation.

But the space age beckoned, and in late 1962, Dr. Riese accepted an offer from Westinghouse Astronuclear Lab in Pittsburgh to join their team in developing a nuclear engine to propel an interplanetary rocket. He quickly developed a unique, finite-element method for analyzing neutron density outer space-time in a reactor. This caught the interest of other reactor scientists across the country, and led to his being Invited Speaker at the American Nuclear Society's meeting in Philadelphia in June 1964. Jerome was also promoted from Senior Staff Scientist to Fellow Scientist at Westinghouse.
However, Pittsburgh's not Wisconsin (as Maureen may have pointed out to Jerry!), nor did the space program offer the stability of a consumer products company. So Jerry re-joined Kimberly-Clark in late 1964, where he enjoyed a challenging career in a wide variety of math-physics applications until his retirement on Jan. 1, 1995. Career highlights included his presidency of the KC Technical Society, presidency of the KC Fellow Scientists and Engineering Consultants, and General Chairmanship of the 1992 KC Technical Conference in Madison, Wisconsin.

Meanwhile, Jerry and Maureen were blessed with eight children, each of whom gave them great joy. The family camping trips reached their zenith with a five-week exploration of the Southwest in 1971. To this day, the siblings say, “We never knew what was coming each new day, but we knew it would be great!” The children also provided their father with super “bragging rights” as they matured into two “double doctors (MD/PHD),” one corporate vice president, a business consultant, a journalist, a nurse, a Grammy-nominated singer, and a teacher.

But the very best times for Jerry were the nine years he got to spend with Maureen after his retirement and before her death in 2003. In subsequent years, Jerry worked hard at ignoring the huge hole Maureen's absence left in his life. Surely, he is delighted to be at her side now!

In addition to Maureen, Jerome was preceded in death by his eldest son, Randy; by his parents; by his brother, John; and by his sons-in-law, David Segal, Tom Kelly, and Brian Blaney. He is survived by his remaining seven children (and spouses): Ruth Anne (David) Landsverk, Rebecca Kelly, Rachel Segal, Dr. Richard (Jeannine) Riese, Judith Blaney, Jerome (Karen) Riese, Dr. Matthew (Annette) Riese, and daughter-in-law Jeanne Riese. He is also survived by 18 grandchildren: Maureen, Matthew and Joseph Landsverk; John Patrick, Thomas, and William Kelly; Alexander, Maximillian, and Victoria Segal; Gabrielle Riese; Richard and Erin Blaney; Rachel, Katherine, Mary, and Brigit Riese; and Adam and Liam Riese. He is further survived by his sisters (and spouses): Mary Ann (Ronald) Wenzel, and Rosemary (Walter) Pauls; by his sister-in-law, Sancee Riese; and by many nieces and nephews.

Jerry always encouraged each of his children to set goals and to aim for excellence, to love one another without fail, and to question the unquestionable. He was the most steadfast, loving, and generous of fathers, qualities his children will continually strive to pass on. Although his dream career of stand-up comic was sidelined by eight children, he will be fondly remembered for his great joy in cracking jokes and peanuts at the head of a very full, loud, and happy table.