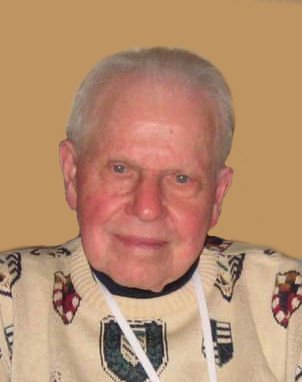 100 years on this earth is a milestone for anyone. This man accomplished just that with grace, dignity and an abundance of generosity and service towards his family and his community. Dr. Harold Theodore “Ted” Gross died on July 8, 2014, at Peabody Manor at the remarkable age of 100.

His life began in Logansport, Indiana on October 19, 1913, the son of Walter A. and Irma H. (Geiger) Gross. Upon graduation from Lake View High School in Chicago, he enrolled in the pre-med program at Northwestern University, and then entered Northwestern's Medical School, graduating in 1939. His further training included a residency in general surgery in Columbus, Ohio. On December 30, 1939, Dr. Gross married Georgia Struthers. Their marriage lasted 68 years until her death in 2007. In 1942, he joined the U.S. Navy as a medical officer with the rank of Lieutenant Jr. Grade and was sent to Hawaii, then on to New Caledonia where he spent the next two years. Dr. Gross returned to the USA in 1944 and began his last tour of duty as a medical officer on the USS Midway with the rank of Lieutenant Commander. His military career ended on New Year's Day 1946 and he returned to complete his surgical residency at OSU where he received a Master's Degree in medical science. In 1950, Dr. Gross moved to Appleton, joining a practice with Dr. Carl Neidhold and Dr. Victor Marshall. He was a staff member of St. Elizabeth Hospital and Appleton Memorial Hospital, a member of the American Medical Association, the State of Wisconsin Medical Society and the Outagamie County Medical Society. He was co-founder of the Community Blood Center and was the Medical Director from 1955 to 1986. He also was past president of the State of Wisconsin Blood Bank Association, Outagamie County Medical Society, Appleton Rotary Club, Appleton Optimist Club, State of Wisconsin Blood Bank Association and a volunteer and secretary of the Board of Directors of the Wisconsin Division of the American Cancer Society for ten years. Ted also received the Paul Harris Fellow recognition from the Rotary Foundation of Rotary International.

Dr. Gross retired from practice in 1986. He and Georgia enjoyed their lake home on Legend Lake for several years and were able to travel internationally. He was a very enthusiastic Packer fan having acquired season tickets in 1957 at the opening of the new Packer stadium, so enthusiastic that he was a Packer Fan Hall of Fame finalist in 2003. In later years he enjoyed painting by number, proudly displaying his work for all to admire. His love of movies occupied his evenings with an extensive collection of DVDs.

Harold is survived by his two sons, Phillip (Donna) and Steven. He leaves behind four grandchildren who adored him; Lara (Gary) Brilowski, Sara (Lance) Saeger, Maggie (Patrick) Garrigan and Eric Gross. His great-grandchildren include Alex Brilowski, Makenzie and Samuel Saeger, Mikaylah Van Lanen, Sean and Daniel Garrigan. He was preceded in death by his parents, his wife Georgia, his brother Wayne and his sister-in-law Carol.

A private service was held at the Wichmann Funeral Home with Rev. John McFadden officiating. Entombment took place at Highland Memorial Park in Appleton. Memorials are appreciated to The American Cancer Society. Online condolences can be offered at www.wichmannfargo.com.

Harold used two expressions to guide him through his 100 year journey; “A beautiful thing is a joy forever” and “If it's to be, let it be me.” The first quote expresses the love he had for his wife Georgia, the light of his life, to whom he was so devoted. The second quote can only mean the powerful influence he had on his family, friends and community. Dr. Gross, you will be missed! A heartfelt thank-you goes to the staff of Pine Creek at Peabody Manor for the wonderful care he was given.