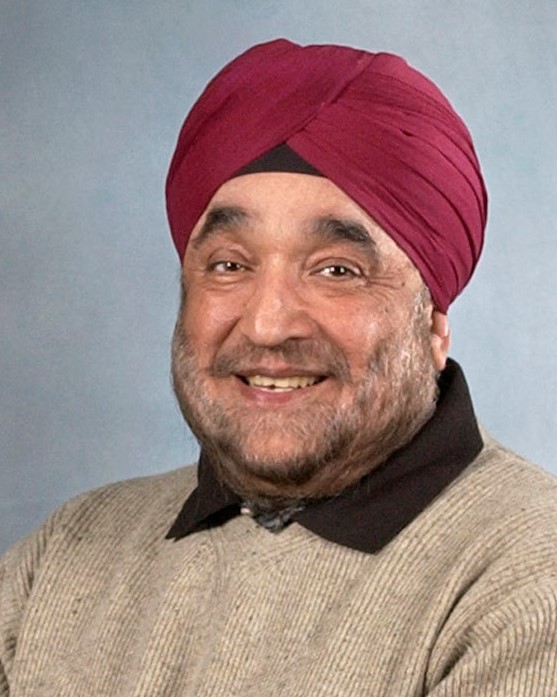 Dr. H.S. “Doug” Dugal, of Appleton, passed away on Wednesday, December 13, 2017 at Cherry Meadows Hospice surrounded by his loving family. Doug passed away, peacefully with dignity and grace, after a four-year courageous battle with Multiple Myeloma. Doug was born on February 1, 1937 in Bareilly, India to Baldev S. and Attar Kaur Dugal. Doug was raised in Dehra Dun, India for most of his school years. He attended Agra University (India) and Harcourt Butler Technical Institute (India) with degrees in Chemistry and Chemical Technology. Doug left India in 1959 to pursue his PH.D degree at Techniche Hochscule, Darmstadt, Germany. In 1964, Doug came to Appleton, WI as a Postdoctoral Fellow at the Institute of Paper Chemistry. On February 4, 1968, Doug married the love of his life, Mona. Together they built a life and family in the Appleton area.

Doug retired as co-founder and CEO of Integrated Paper Services (IPS) after a distinguished career in the paper industry spanning 4 decades. Before founding IPS, he worked as a Research Associate at James River Corporation, Neenah. At the Institute of Paper Chemistry, he taught and guided students through post graduate research. At the Institute, he worked his way to become Director of Environmental Services Division and then Director of Information Services Division. Prior to the Institute of Paper Chemistry, he also worked in sugar, alcohol, and rayon manufacturing plants. Doug was a well-known speaker and had published over 35 technical papers.

Doug had been a member of TAPPI (Technical Association of Pulp and Paper Industry) for over 40 years. During Doug’s affiliation with TAPPI, he was recognized for his significant and valuable contributions, and was made a TAPPI Fellow. Other awards included TAPPI Environmental Division Award, Roy F. Weston Prize, and the Outstanding Local Section Member Award. In April 2014, Doug was presented the TAPPI Herman L Joachim Distinguished Service Award. This award is the highest honor that TAPPI bestows upon an individual for exemplary leadership, and significant contributions to the advancement of the Association.

Doug, gregarious and genial by nature, was actively involved in the community as a volunteer and member of several boards of nonprofit organizations. As a regular columnist at Post Crescent, he educated the public about the important role played by the paper industry and its effect on the community.
Doug was an active member of the Appleton Downtown Rotary Club. Doug was a Paul Harris Fellow, and was awarded the Charles and Adele Heeter Outstanding Community Leadership Award.

Doug was a cofounder of Fox Valley India Association (IA New) and IndUS of Fox Valley. He served as the first Chairman of the Board of IndUS.

Per Doug’s wishes, his last rites will be performed in a private family service. The Dugal & Peavy families invites you to join and celebrate Doug’s much accomplished life on Friday, December 22, 2017 at the Paper Discovery Center, 425 W. Water Street, Appleton, WI 54911 from 3:00 to 6:00 pm. To honor his legacy and giving spirit, in lieu of flowers, donations can be made to the Paper Discovery Center in Doug’s honor.

The family would like to thank Dr. Knaus his primary care physician, Dr. Phillips his oncologist, and their dedicated nurses and staff for the care Doug received over the last few years. Furthermore, the family would like to sincerely thank the staff at Cherry Meadows Hospice for the care and compassion he received during his final few days
As a family, we are humbled and honored to have had him in our lives as a son, brother, spouse, father, and grandfather. He will truly be missed but as Doug would say‚Ä¶.life must go on.

To those he touched, whether on the golf course, coffee shop, or awkward elevator conversations with strangers, he always made people feel comfortable. His sense of humor, ability to laugh at himself, and see the glass half full versus half empty made him live life to the fullest with no regrets.