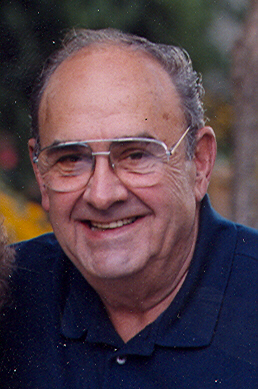 Dr. Edward Pflum, “ed”, of Appleton, age 81, went to be with the Lord on Tuesday, January 8, 2008. Ed was born October 8, 1926 in Colby, Wisconsin, the son of the late Edward and Elizabeth (Weix) Pflum. He spent his early years in Waupaca. Ed graduated from Lincoln High School in Manitowoc. As a member of the U.S. Navy he served in the hospital corp. On August 21, 1954 he married Mary Ann Becker at St. Mary's Catholic Church in Manitowoc. Ed was a member of St. Thomas More Catholic Church. He was a lifetime member of the American Dental Association, American Association of Orthodontists and served as president of the Outagamie County Dental Society. Ed was especially proud of achieving his sportsman's license in aviation, in April 2007.

Ed received his undergraduate degree from Carroll College. He graduated with high honors, summa cum laude, from Marquette University School of Dentistry. Ed pursued post graduate education in orthodontics at the University of Washington.
Dr. Pflum served as a dental officer in the Public Health Service in New Orleans, LA. He practiced as a general dentist for seven years in Kaukauna, Wisconsin. Upon receiving his post graduate degree in orthodontics from the University of Washington, the chairman of the department invited Ed to join him in private practice. After practicing for one year in Seattle, Washington, family ties pulled Dr. Pflum's family back to Appleton, Wisconsin. For almost thirty years, Dr. Pflum practiced orthodontics in Appleton.

Ed enjoyed and loved his children and grandchildren and left many beautiful memories, especially at Waupaca and Legend Lake.

The funeral liturgy for Edward will be held at 11:00 am on Monday, January 14, 2008 at ST. THOMAS MORE CATHOLIC CHURCH, 1810 N. McDonald Street, Appleton with Frs. Gerald Falk, Kenneth Frozena and David Belongea officiating. The family will receive friends at the church on Monday from 9:00 am until the time of mass. In lieu of flowers, a memorial fund has been established in his name.

The family would like to thank Appleton Cardiology and the staff on 2nd floor Cardiology at Appleton Medical Center for their excellent care and compassion.